Medication-assisted treatment gets a big expansion in California 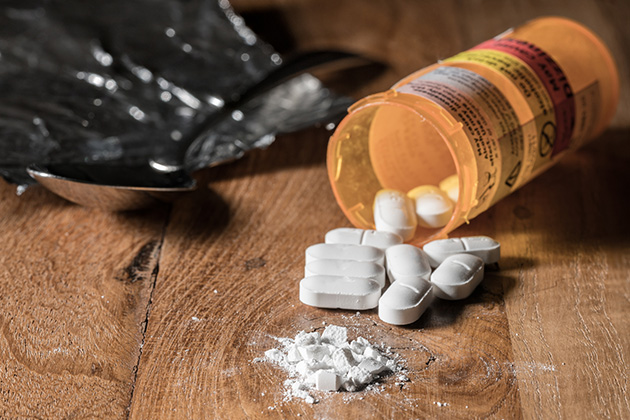 In California, additional federal funds in the war against opioid abuse have arrived not a moment too soon, whether for opioid abusers — especially those without access to the state’s Medicaid program, known as Medi-Cal — or the army of addiction professionals now fighting the battle against opioid use disorders (OUD).

These funds flow from the DHHS' Substance Abuse and Mental Health Services Administration (SAMHSA) under the U.S. 21st Century Cures Act. The program is known as the Medication-Assisted Treatment (MAT) Expansion Project.

California, the nation’s most populous state, with 39 million people or 12 percent of the U.S. population, requires right-sized assistance from the U.S. in the ongoing battle against opioids. The new program seems to fit the bill, especially since it is projected to be sustainable by shifting payors from SAMHSA grant funding to Medi-Cal and other public systems by the end of its original two-year term — from May 2017 through May 2019.

Similar programs executed in areas like the Eastern Seaboard and Appalachia aren’t new. The U.S. had joined the battle years ago in smaller, Eastern and Midwestern states such as Ohio, New Hampshire and Vermont.

But those programs have not always emphasized MAT, which has proven to be highly effective. The expansion of MAT in California will likely give the practice more visibility and notoriety as the preferred, proven long-term solution to opioid abuse.

Currently, according to the American Society for Addiction Medicine (ASAM), 2 to 3 million U.S. residents are addicted to prescription opioid drugs (e.g., oxycodone, hydrocodone, codeine, morphine and fentanyl), and about another half-million are addicted to illegal opioids like heroin. Drug overdoses are now the leading cause of accidental death in the U.S., with 52,000-plus fatalities each year (at least 20,000 of which are opiate or opioid overdoses).

By now MAT is the weapon of choice in the opioids war. It’s a nimble and mighty artillery piece that, fortunately for California, has already proven to be an effective treatment channel after its evolution back East, some years after its initial rollout. The smaller Eastern states became showcases of sorts because the MAT program was discharged through a special hub-and-spoke system (H&SS) organization of medical providers, developed and proven there.

According to the results of a well-known study by John R. Brooklyn, M.D., a family practitioner in Burlington, Vermont, and Stacey C. Sigmon, Ph.D., a research psychologist and associate professor at the University of Vermont, the state's H&SS dramatically increased access to MAT and reduced overdose death rates by improving access to the range of medications used to treat opioid addiction.

In the opinion of the authors, the stigma of receiving medication was also greatly reduced. Vermont is now the state with the nation’s highest per-capita capacity for smart treatment of OUD.

MAT, at its core, provides regional organization for the administration of an alternate substance, usually buprenorphine, to addiction patients in the privacy, security and comfort of a medical office.

Buprenorphine is a semi-synthetic opioid. At low doses, it has the effect of an opioid, but not so much of one that patients cannot let up on their misuse without experiencing major withdrawal symptoms. The drug is administered in concert with individual and group therapy — in particular, cognitive behavioral therapy (CBT).

MAT otherwise builds on the decades-long success of programs like it throughout the U.S., such as those using methadone to treat heroin addiction.

Considering MAT’s success, it was understandable how, by mid-2017, HHS announced that it had allocated $90 million over a two-year period to implement the MAT Expansion Project, intended to extend service to 20,000 Californians. This would include 1) intervening, if and when necessary, to prevent an overdose; and 2) treating OUD as a truly chronic disease, whether by administering buprenorphine or CBT or both.

The project naturally focuses on populations with limited MAT access, including those in certain rural areas, such as those in three smaller California counties — Plumas, Lake, and Tuolumne — which, ironically, lie nestled among iconic scenic landmarks like the Sierra Nevada Mountains, Clear Lake, and Yosemite National Park.

The three counties turn out to have the highest per-capita opioid overdose death rates in the state — higher than the state of West Virginia’s (the U.S. state with highest opioid overdose death rate). The project also focuses on Native American and Alaskan tribal communities and other groups with limited statewide access to buprenorphine and/or to the network of providers "waived" from prohibitions against its prescription.

To set the project in motion, the DHCS selected certain California-based non-governmental organizations (NGOs) as collaborators: the California Society of Addiction Medicine (CSAM), a group of more than 400 physicians specializing in addiction; and UCLA’s Integrated Substance Abuse Programs (UCLA-ISAP), a unit within the psychiatry department at UCLA’s David R. Geffen School of Medicine. UCLA-ISAP conducts research on behavioral and medication treatments for substance abuse and addiction while providing both research and clinical training in drug abuse disorders.

CSAM will provide training, education and mentoring to primary care providers, especially those practicing in communities with higher opioid overdose death rates or where treatment resources are deemed inadequate to meet a community’s need. Part of this effort is the selection of 19 treatment programs in counties across the state to receive targeted funding, support for providers, training and other resources necessary to substantially emulate Vermont’s proven and tested H&SS system.

The 19 Hub locations are separate organizations, such as the Los Angeles-based non-profit Matrix Institute, one of two providers in Los Angeles County tasked to create the H&SS system and join the statewide effort to educate local communities and improve access to MAT.

While the MAT Expansion Project may seem audacious and out of reach — especially considering the intractability of addiction — California’s H&SS will not merely be an expensive experiment. The efficacy of both MAT and the H&SS are proven.

There is good reason to think this program, over its term and any extensions thereof, not only will save and improve many lives but also advance the art and science of alleviating, if not curing, the scourge of addiction.