Manufacturing immiseration in the economy of essentials 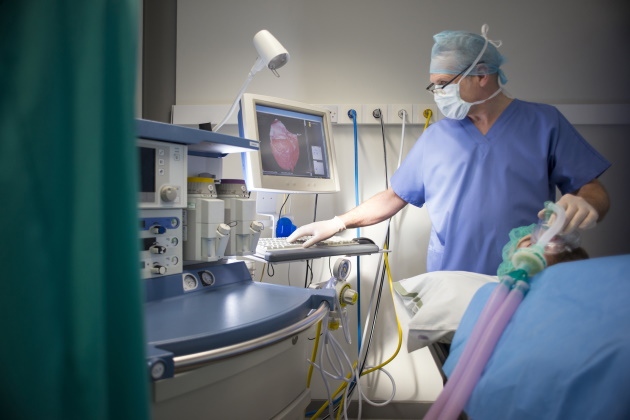 The ventilator shortage has become a key flashpoint during the COVID-19 crisis.

The Trump administration reluctantly employed the Defense Production Act (DPA), but it is now operative in an economic crisis routinely compared with the 2008 Great Recession and the Great Depression before it. What happens in the manufacturing sector is critical, as it faces a triple threat: climate change uncertainties; COVID-19 supply and demand chain disruptions; and routine overproduction and outsourcing.

One analysis gaining traction is that advanced industrial economies, largely dependent on fossil fuel extraction, are downsizing and simplifying anyway. In a reactionary manner, the Brexit vote was a response to this inevitable downward turn.

This condition is accelerated by COVID-19 in unpredictable ways. Consider Morgan’s description of prosperity’s decline:

“At its simplest, this means that the near-universal expectation of a future ‘economy of more’ has been invalidated. We’re not...going to be driving more cars on yet more roads, and taking more flights between yet more airports. A seemingly-assured future of more consumption, more leisure, more travel, more wealth, more gadgets and more automation has, almost at a stroke, ceased to exist.”

This already operative degrowth trend includes news that oil demand has dropped from 100 million barrels per day (Mbpd) to some 75 Mbpd, with prices dropping from $60 per barrel to $20 per barrel.

Under DPA powers, what are defense and medical industries’ manufacturing plans?

The Army has almost casually jumped on board the ventilator production mission, sponsoring a prototype competition for a “...rapid-response breathing apparatus capable of short-term, rugged field operation in a small footprint that will support field hospitals.”

The nuclear stockpile brims with immediately functional weaponry, while medical stockpile shortages require an immediate response: production can’t happen quick enough. The Army’s Expeditionary Technology Search program, or xTech COVID-19 Ventilator Challenge, has “virtual pitch panels” that began April 13. It’s no telling how long this will take — ventilators are needed now all over the U.S. and the world.

As a result of evoking the DPA, contracts have been signed with Ford and GE to make 50,000 ventilators by early July. GM will make 6,000 by May and 30,000 by August in a near half-billion-dollar contract. Fiat and Toyota also are in the ventilator manufacturing game.

Netherlands-based company Royal Philips NV has a $647 million contract to make 43,000 by the end of the year. The company’s U.S. subsidiary in Pennsylvania is accused of breaking a pre-pandemic ventilator deal with the Department of Health and Human Services — so this contract stands on shaky grounds.

Manufacturing delay challenges include squaring up design concepts, outfitting factory floors and training workers to assemble smaller parts. Vehicles to ventilators is a noble response to the equipment shortage, and by fiat, it also inadvertently appeals to the green economy vehicular reduction idea. (California’s Tesla plans to cleverly use vehicle parts to make donated ventilators.)

If only the ventilators had arrived months ago, with vehicles taken off the road decades ago, like Oakland, California and other cities are doing now.

The World Economic Forum notes that as 77,000 ventilators once served a planet, New York City alone now requires a minimum of 30,000 additional machines — and more grave sites as the body count rises. With a “500 or 1000% growth in production required” the 30-50% production increase isn’t good enough to save lives.

Upscaling medical equipment production meets downscaling of vehicular production in a global pattern that will highlight public health while production priorities are reworked and the death toll rises. The U.S. version of the economy of essentials marks a general manufacturing downturn that finally has a PMI matching pre-pandemic predictions of eventual degrowth and limits on prosperity.

We have been warned about the degrowth trend by economists like Morgan. However, COVID-19 introduces a dynamic threatening more than (largely Western) “economic prosperity.”

Much of the planet’s people would now agree medical equipment like ventilator production (essentials) is a priority over smartphones (luxuries). But it looks like even essentials, especially medical equipment and supplies, remain scarce. In a pandemic, ventilators join the ranks of food and clean water as essential items, and the immiseration accompanying degrowth promises more essentials shortages.

The CARES Act’s anti-immiseration community and small business budget infusions are insignificant here. One billion to the Defense Production Act (DPA) has a mere $133 million set aside to manufacture 39 million N95 masks. Why not establish a short-term emergency mask production surge and a longer-term consistent plan for this always relevant item?

What are plans for the rest of the DPA’s $867 million, and the Department of Defense’s own near $1 trillion budget surely inapplicable when soldiers are falling ill with some dying? U.S. military COVID-19 infection rates are buried, but one count has 4,528 confirmed personnel cases, with 15 deceased.