‘Locavore’ is the new buzzword in the restaurant industry 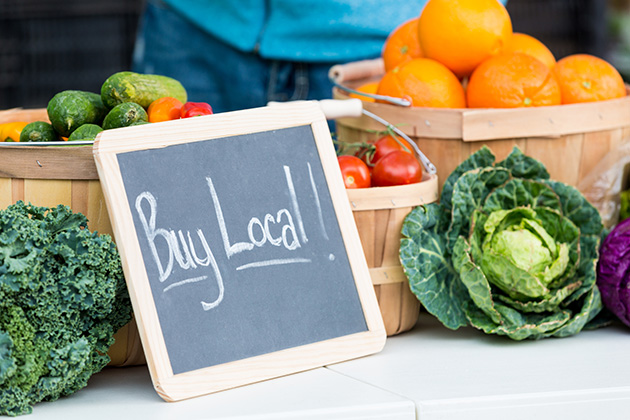 According to chef experts, 2017 will see a significant shift in the restaurant industry — a shift away from the celebrity culture to more of a community focus. And eating locally produced foods, known as "locavore," will be one of the biggest food trends this year.

The concept of clean eating, super-grains and more greens has slowly made its way into the kitchens of all top chefs who have been experimenting and pushing the boundaries of traditional cuisine. This year, most of them seem to be adding "going locavore" to their goals.

For chefs like Massimo Bottura, these are more than trends, they are going to be the "attitude" or a way of life henceforth. Community before individual may be a radical departure from the past, but in the wave of an underlying solidarity that people feel with each other today, social responsibility is definitely in the cards in 2017.

Bottura's thoughts are reflected in the views of other top chefs. Spanish chef Joan Roca stressed the humanitarian role of the chef and social issues that will include feeding the hungry and putting an end to waste.

The locavore trend will put intense focus on the environment and impact of food on the planet. Food forecasts from the world's top chefs show increased focus on local produce, clean eating and attempts to make food accessible for more people. Similar thoughts were expressed in December at the first major International Conference on Agri-Chains and Sustainable Development in Montpelier, France.

With social responsibility and food sustainability becoming key buzzwords for 2017, there is a distinct shift toward newer farming ideas as well. Demand for diversity and local flavor will see more farmers and producers be more creative and adventurous and grow new foods. Changes in farming habits — like naturally nurtured cattle instead of formula-fed ones — will also lead to healthier and tastier meats.

As more diners seek out local produce, chefs will be focusing on originality to meet these demands. As chef Virgilio Martinez of Peru's Central Restaurant pointed out, it will be up to the chefs to create unique dishes that will help diners taste the culture and cuisine of a place in one single bite. The local traditions and intrinsic flavors are going to be essential in 2017 food trends.

The local and farm-to-table approach will also partner with home-cooked-style simple meals. Boring dinners with expensive price tags will give way to comfort food, and local street foods will see makeovers in classic Michelin starred kitchens.

As Gaggan Anand, the world's best Indian chef put it, the future is in the basics. Locavore, therefore, will not just be the use local ingredients, but also offering genuine warmth and hospitality for diners when they go out for a meal.

It’s not just the celebrity chefs who are claiming the locavore tag. We are just over a month into the New Year, and events around the world show how popular the term has become. North Carolina nonprofit Sustainable Sandhills has made quite a name for itself with its monthly locavore dinners. The classic farm-to-fork style dinners are geared toward authentic taste and in supporting local sources of food.

Locavore is also the name of a new café in New Brunswick, Canada, which will focus on making and serving locally produced farm foods. Called "Locavore Foods," it will go by the slogan "buy local" and will serve hot, pub-inspired meals made with the produce brought in by local growers.

Among the many upcoming events, notable is the new Portland Food Festival, scheduled for this summer in Maine. The day-long festival will be all about celebrating local food. Proponents of the farm-to-table approach will conduct workshops that will attract not just foodies but also chefs, farmers, food entrepreneurs and producers, and all others intrinsically linked to the locavore landscape.