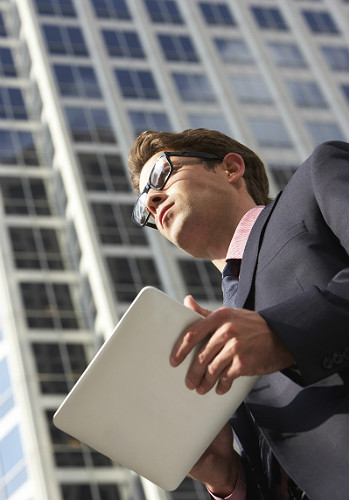 The last decade saw a slow, steady shift of corporate America to the suburbs. The primary reason was financial as the economy remained unstable. It made sense to set up shop in cheaper locations where the overheads didn't eat into the trickling revenues, where businesses could house a larger workforce and where they could even hope to get cheaper labor.

It seemed like a smart and fortuitous move that helped many ride the downturn storm and survive. Downtowns, however, suffered — badly. The abandoned and derelict look of most downtowns across the country contributed to the rising panic and misconception that the economy was only going down and would stay there for long.

It was bad branding, and it wasn't long before authorities realized it. And thus began the downtown revival trend, which has now become a force to reckon with, completely changing the urban experience of modern-day America. The success is evident in the resurgence of not just downtown corporate offices, but also the increasing number of millenials moving back to the city to stay.

Location now plays an important factor rather than just the numbers, and the smart, tech-savvy generation has learned to play the figures well to blend in brand and revenue seamlessly. The dual move has led to a rising number of residential apartments and condos, opening up the real estate industry as well leading developers to focus on both commercial and residential projects.

The trend is not limited to only young, single professionals. Baby boomers have been equally enthusiastic participants as well. The move hasn't been sudden and has been more in the last few years, but it definitely shows that downtown revival exercises have paid off.

A United States Census Bureau's report, “Patterns of Metropolitan and Micropolitan Population Change: 2000 to 2010,” shows how the populace has moved away from towns. But it also shows the revival and population growth in some of the country's leading downtown areas like New York, Chicago, Washington, Philadelphia, Boston and San Francisco. Coming in just behind these cities are the revving downtown trends of Seattle, San Diego, Portland, Los Angeles, Houston and Dallas-Fort Worth.

This trend has been good news for businesses because they can now retain the brand factor that is exclusively related to the urban core and showcases a certain stature that is definitely missing in the suburban context. But how they have coped with the matter of size — both in terms of workforce and the buildings housing them? This is where emerging technologies have played a major role.

Wi-Fi, iPads, laptops, smartphones and other trending gadgets make communication easy, clear and instantaneous no matter which corner of the world you are sitting in. This has naturally paved the way for increased mobility and flexibility in the way business is now conducted.

Increasing globalization also means that you are not just sharing office space with your colleagues but global offices and different time zones as well. This has completely negated the need for larger office spaces and housing a huge workforce when work can be done faster and equally effectively without these overheads.

Most corporations are on to the change and have housed their core teams downtown, back offices in suburbs and a much larger workforce in the fluid mobile and cyber workplaces. The result is less operative costs, streamlined revenues, healthier and better branding for companies.

A large portion of credit goes to the downtown revival brigade as well as the law enforcement officials who have enforced stricter law and order standards to rid the streets of crime. Downtowns are back on their feet, looking trendy, glossy and inviting as they should. Companies are back on track with their sleek, urban identities.

And city governments across the country are heaving a sigh of relief because their brands do not scream downturn anymore. A perfect example of collaborative effort for collective profit.