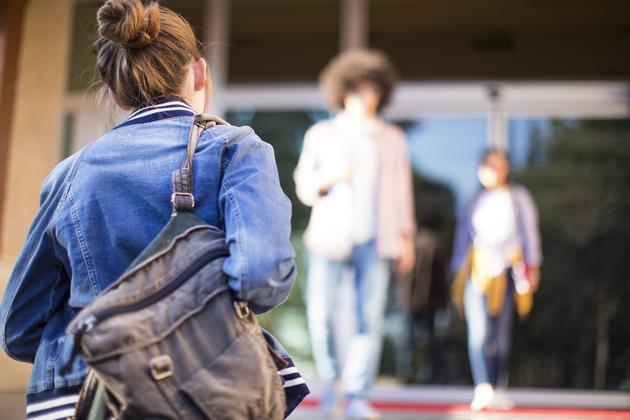 Studies have shown that students tend to perform better in school with more sleep. Because of at-home learning during the pandemic, the nation's children invariably caught extra sleep in the morning without having to catch the bus, or needing to be ready for school so Mom or Dad could drop them off on the way to work.

With so many facets of education changed in the recent past, start time deserves a look.

Children aged 6-12 need 9 to 12 hours of sleep each night for good health, according to the U.S. Centers for Disease Control. Students 13-18 should have 8 to 10 hours nightly.

We're not the first generation to consider children's health as it relates to sleep, though. Concerns go back a century, long before smartphones connected kids to their friends around the clock. Recent studies show that lack of sleep can lead to numerous physical and mental health issues among children, including depression, obesity, injuries and loss of self-esteem. Still, it's hard to pin down specific numbers for the amount that children need, according to at least one study from the journal Sleep.

The invention of the snooze button and caffeinated drinks shows that we all could use a few more minutes of sleep. But does a later start time for school help in that regard?

That's a question that researchers from the Campbell Collaboration sought to answer in their study, "Later school start times for supporting the education, health and well-being of high school students: a systematic review."

That research indicated that:

In a study published in the Nature and Science of Sleep in late 2020, researchers found that a group of students who slept longer on school nights during the academic year performed better overall in class. The study, conducted by members of the psychology department at Sapienza University of Rome, concluded that, "Findings indicate that a one-hour delay in school start time is associated with longer sleep, better diurnal sustained attention, attendance, and improved academic performance."

Another study from the Journal of Adolescence sought to determine whether increased use of electronic devices hampered youths’ sleep, thereby affecting classroom work. The results were stated straight-forward by the researchers, who were drawn from Taiwan, Norway and South Africa: "This research reveals a vicious cycle of burnout, disturbed sleep and academic achievement."

I can see it now: Bleary-eyed teens begging parents to let them sleep a little longer, asking, "Don't you want me to be smarter?"

Telecommuting can play a large part in this change as well. The U.S. Census Bureau found that nearly 37 percent of households reported at least one individual increased their time working from home from August-December, 2020 because of the pandemic. That means that transportation previously used to commute to work was now available for other uses, for instance — taking children to school later in the morning.

The topic is opening eyes nationwide. California enacted a law that set start times no earlier than 8 a.m. for elementary schools, and no earlier than 8:30 a.m. for the state's high schools, as reported by EdSource. The measure takes effect in 2022, but some schools — such as Chico's Pleasant Valley High School — have already instituted the mandates, according to KRCR-TV.

In Minnesota, the Eden Prairie Schools launched a task force to study start times and their effect on students. The district found that later start times would benefit the students in the district, and adopted new times for the 2021-22 school year.

In New York, Niskayuna High School students will be getting more sleep this year, thanks to later start times that resulted from efforts set forth in 2017 as reported by the Daily Gazette.

Meanwhile in Springfield, Missouri, district officials plan to review the new start times at mid-year, according to the Springfield News-Leader.

If you haven't dozed off while reading this, you probably see that more sleep can only help our children. Nailing down the logistics with schools is another matter.