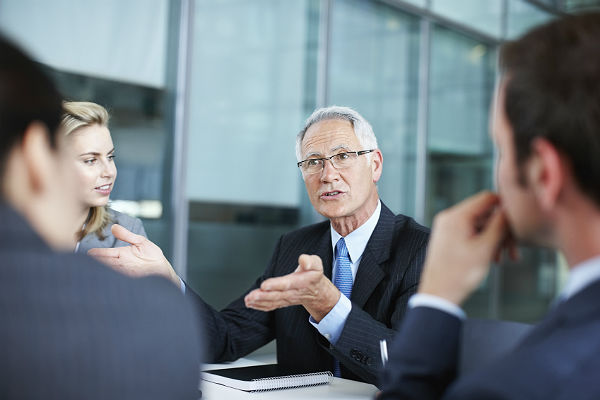 The meeting was gaveled to order. After introductions, motions were made to approve the minutes and accept the financial report.

Next on the agenda were committee reports. Actions needing board approval were presented with rationale, performance metrics and fiscal impact.

When the recommendation had merit, the board chair asked, “Does anybody want to make a motion?”

Motions often entail a directive, deadline or have financial consequences. Specificity is key.

Lazy motions occur when directors are not paying close attention. Discussion occurs and the chair “calls the question” or asks the board to vote.

If the motion was not clear at the start, or restated before the vote, you may hear a chorus from the directors, “I’m OK with it, yeah sure, sounds good to me, aye, yes.”

Ask the group about what was passed, and some have no clue. “I voted because the rest of the board liked it,” an example of “group think.” Or, “I thought I heard the motion, but I guess not.”

As far as directors know, it could have been a motion ranging from ordering tacos for lunch to spending $10,000 on computers. Rather than asking that the motion be restated, they feign they know the specifics and simply concur.

When directors, especially new ones, hear a lazy motion followed by a casual vote, they think it is acceptable governance practices.

The senior directors may have a casual approach at meetings, “yeah, whatever the motion said, I’m sure its fine.”

Newer directors will think that’s how decisions are made. They don’t want to be chastised by asking the chair, “How will we measure success? Does this fit in our strategic plan? Could you restate the motion?”

Directors are fiduciaries representing the interests of membership. It is difficult to fulfill one’s duty of care without knowing the specifics of the proposal.

The intent of a motion may be changed by omitting a word or two. A director understanding their duties to represent the membership should ask, “Would you restate the motion for clarity?”

Proposing and passing motions is a process.

A member of the board addresses the chair asking for the floor to make a motion. The director states the motion precisely. The motion requires a second by another director or it will die.

The chair repeats the motion exactly as it was stated. Many groups require that it be submitted in writing for accuracy. The motion will be recorded word for word in the minutes.

After sufficient discussion, the chair restates the motion. A vote is taken, and the results announced.

Nobody should vote on something they are not certain of its intent or impact.