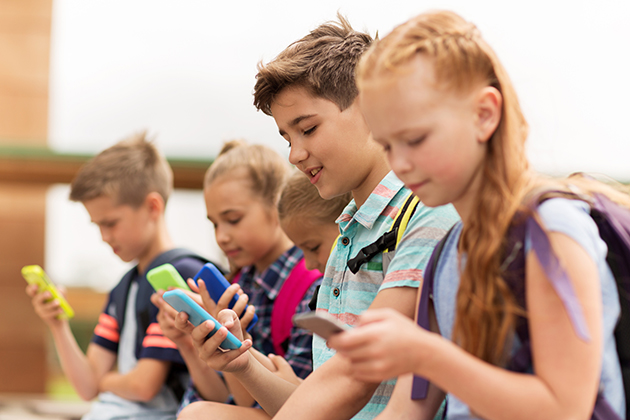 Increasing number of devices among children

Why are children’s password habits important? Data shows that more and more kids are using smart devices. For example, half of 10-year-olds in the U.K. own a smartphone. The numbers are even higher among older children and teenagers: 83% of 12- to 15-year-olds own a smartphone, and 71% have a social media profile and spend nearly 12 hours a week playing video games.

With the ever-increasing usage of smartphones and other smart devices, the number of accounts is growing too. Research shows that an average smartphone user has 60-90 apps. If all these accounts are improperly secured, this opens up plenty of opportunities for wrongdoings.

The study also suggests that children view passwords only as a way to access their “stuff,” but don’t associate them with security. For example, only 9% of sixth to eighth graders think that passwords have something to do with security.

In addition, kids don’t comprehend the dangers they might face online. For example, they are not worried about their accounts getting hacked: only 7% of third to fifth and 13% of sixth to eighth graders responded that passwords protect them from hackers.

What passwords do children create?

Both age groups (81% and 68% respectively) state that it’s easy to remember their passwords. Therefore, it can be assumed that the passwords children create are simple and easy to guess.

When asked to create passwords during the study, a considerable number of children created very weak passwords. They either used all numbers or common, easy-to-guess words. For example, “1260,” “Yellow,” “Game 1234,” “12345,” and “happydays.”

Only about 13% of children from each age group were able to create strong passwords, such as “Puppy uppy gamer 15” or “dancingdinosaursavrwhoop164”.

“Children’s vocabulary is less sophisticated, so it’s natural that they create simpler passwords. But you can create strong passwords using simple methods, such as making up a formula that will help remember the password. For example, you can take any phrase and replace every letter with the next one in the alphabet:

In addition to the security it provides, this way of creating passwords is also fun.

What can be done?

Besides knowing about all the good things the internet can offer, children should also be informed about the risks that come with it. There are many educational resources online, including videos, which children often prefer over other types of media.

As children are also more receptive to technology, it’s a good idea to encourage them to employ new tools, such as password generators or managers, as those could help them with more effective password management.