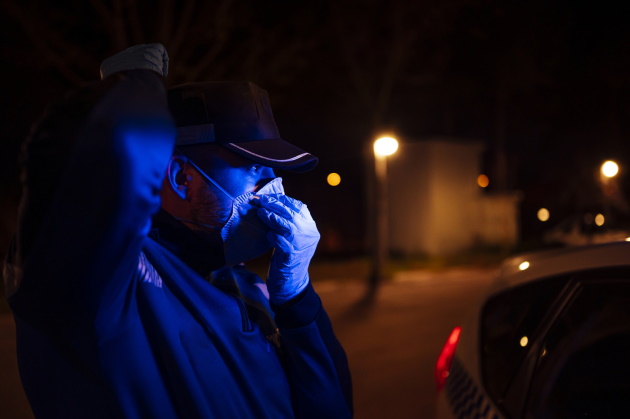 A national investigation by The Associated Press found that there has been widespread information sharing between emergency dispatchers and public health officials across the U.S. concerning individuals testing positive for COVID-19.

Per the AP, local governments in at least 35 states have shared COVID-19 patient details with dispatch centers. The premise behind this information sharing is to keep police, EMTs, and firefighters informed of potential risks as they respond to calls at the residence of someone who has tested positive for the virus. However, this has caused concern among some civil liberties groups.

The Tennessee Department of Health has faced considerable backlash for sharing COVID-19 patient information with some law enforcement and first responders in the state. Gov. Bill Lee signed an Executive Order intending to make the information available to police and fire departments to help them be aware of some of the people they were coming in contact with.

The idea is to help them take appropriate precautions if the situation or household to which they are responding involves positive patients. He stated that law enforcement agencies have signed a memorandum of understanding (MOU) with the Tennessee Department of Health.

Despite the formal, nondisclosure agreement signed by officers, the potential for misuse of information is high, some say. Many Tennesseans feel their constitutional right to privacy is being violated without warning, and there is a growing outrage that federal HIPAA laws aren't protecting their privacy during the coronavirus outbreak. Sixty-eight police and sheriff's departments in Tennessee now have access to the statewide private medical information of COVID-19 patients.

Authorities argue that this is just another layer of protection for first responders, and sharing the information is legal under state and federal law. But privacy experts and many citizens are worried that this is a pointless invasion of privacy. It could set a dangerous and unnecessary precedent that could be hard to break and could even lead to a situation where people are afraid to seek out testing out of fear that their medical history may be disclosed.

Detractors argue that sharing this information serves no purpose since it fails to protect first responders from unidentified, asymptomatic, and pre-symptomatic cases. A large share of those infected are not showing symptoms and so many people who have the virus have been unable to get testing. Some construe it as a meaningless invasion of privacy that will contribute to the stigmatization of infected people.

It may also incentivize the police to avoid calls for help because of fear of contracting the virus, thereby reducing the quality of policing in vulnerable communities, and simply discourage people from getting tested.

Civil liberties and community activists have expressed further concern that data will be forwarded to immigration officials.

However, first responders argue the information is vital to their safety and to avoid contracting and spreading the coronavirus. Hot spot data from certain areas will allow them to take extra precautions and be better prepared.

The Rhode Island Department of Health (RIDOH) is also offering police and other first responders access to COVID-19 information to keep them aware of infection risks. Now, Rhode Island has rolled out a new contact tracing app called CRUSH COVID RI. The state’s governor, Gina Raimondo, requested all Rhode Islanders to download it to their phones so that the state can quickly identify hot spots. The Rhode Island ACLU has raised concerns about potential privacy issues relating to the app and the potential for sharing this information with law enforcement officials and others.

In Illinois, several police and sheriff’s departments have filed lawsuits asking for a court order on COVID-19 information. They are asking courts to allow first responders and emergency dispatchers access to the names of patients with confirmed cases to help first responders prevent the spread of COVID-19.