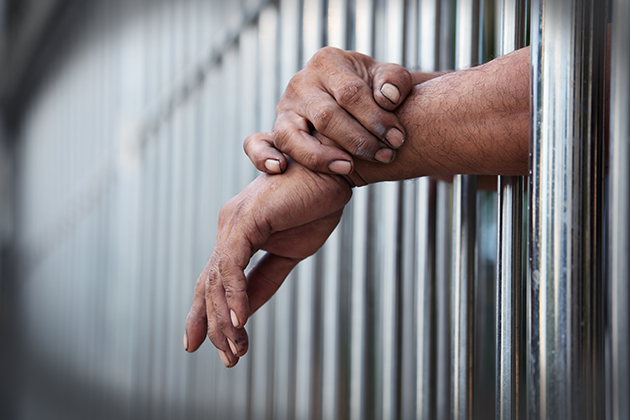 Reforming the U.S. prison system, the largest in the world, is a vast undertaking that more sectors and organizations embrace as a goal. Today, the parallel developments of prison facility privatization, bipartisan and financial sector support for prison reform, and a large and diverse activist community focused on divestment as have merged to result in news from the financial sector.

JPMorgan Chase, the U.S.’ largest bank with assets close to $3 trillion and a 2018 income of $41 billion, is no longer funding private prison companies.

Last week, the financial heavyweight announced it will stop bankrolling GEO Group (formerly Wackenhut) and CoreCivic (formerly Corrections Corporation of America), the largest builders of private prisons. This is a direct result of an activist campaign involving a coalition of organizations, all opposing immigrant detention in private facilities.

It is estimated that up to 70 percent of all immigrant detention facilities are private. These facilities have long been criticized for being largely unregulated — unlike state-run facilities.

As details about failed private facilities accumulate, the divisive immigrant detention and deportation issue is highlighted. In 2016 and 2017, "22 people died in immigrant-detention facilities, with most of the deaths occurring in privately run centers," according to The Nation. Critics argue these deaths are a direct result of structural negligence.

This may be one reason JPMorgan Chase curiously decided to exit the prison game.

Shareholders also played a huge role, working over one year to address the private prison sector’s human rights abuses. In a recent letter outlining grievances, shareholders wrote: "These private prisons are rife with alleged human rights abuses, including inmate deaths, poor medical care, allegations of physical and sexual abuse of detainees, and violence. Some of these risks are heightened due to the nature of the business model and practices of the private prison companies, including crowded conditions, less programming for inmates and detainees than public facilities, low staff salaries, poor staff retention, lack of training on human rights and inadequate staffing."

Private prison funding is a complex public and private endeavor. The government will subsidize and subcontract for prison services, but companies also seek loans and bonds to build and operate facilities.

Last year, JPMorgan Chase was one of several financial institutions that bankrolled $1.8 billion for CoreCivic and GEO Group, which relies on borrowed money to offset large debt and small cash reserves due to their tax loophole status as Real Estate Investment Trusts.

"The inhumane and cruel conditions that our immigrant families face in these for-profit detention centers have resulted in torture, abuse, and the deaths of children and other vulnerable people in the last few months," said Matt Nelson, executive director of Presente.Org.

In particular, the "separated families" issue has struck a moral nerve, galvanizing new prison reformers and abolitionists, and perhaps resulting in JPMorgan’s decision.

JPMorgan Chase issued a simple, matter-of-fact statement about its decision: "JPMorgan Chase has a robust and well-established process to evaluate the sectors that we serve. As part of this process, we will no longer bank the private prison industry."

Lauren-Brooke Eisen, author of a book on prison privatization, stated in a Mother Jonesinterview that plenty of financial institutions are out there awaiting prison contracts: "The next time CoreCivic and GEO need a loan, they will likely still have a lot of friends on Wall Street, including major lenders US Bankcorp, SunTrust, BNP Paribus, and Bank of America…"

But Eisen also suggests that the "next times" could diminish if the "domino effect" comes into play here.

This bank divestment phenomena is not new. In the final quarter of 2013, "Scopia Capital Management, DSM North America, and Amica Mutual Insurance pulled nearly $60 million in investments from CCA and GEO Group." JPMorgan Chase, and especially its CEO Jamie Dimon, is influential in the financial world. Peer pressure should not be overlooked here as the immigrant rights and prison divestment movements continue to push.

Will other influential banks will follow suit on one of the most morally and politically charged issues of our times? Mass incarceration intersecting with detention and deportation may grow more difficult to bankroll in the months and years ahead.