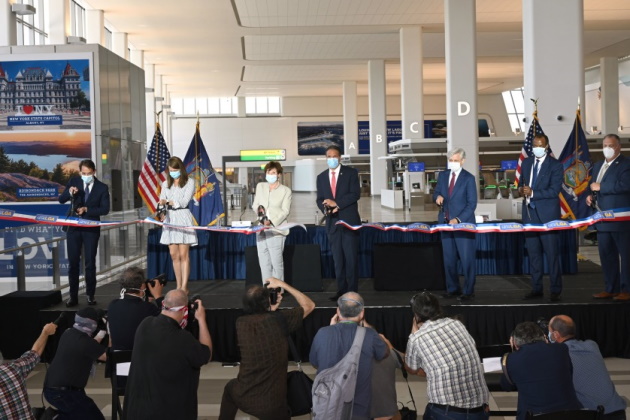 LaGuardia Airport has continued work on its large-scale redevelopment despite the ongoing disruption to travel, with a summer of works culminating in the opening of Terminal B’s new concourse. It follows the opening of this terminal’s redeveloped Arrivals and Departures hall at the terminal in June.

Long regarded as one of America’s worst major airports, and branded in the past as being like a “third-world country” by both Joe Biden and President Trump, the major redevelopment of the airport started in 2016 with plans to replace the cramped terminals and low ceilings with wide open concourses and modern amenities fit for purpose as one of New York’s key travel hubs.

The seven new gates at Terminal B feature a light and airy space, including an indoor park, pet relief area, touchless restrooms, artworks and other amenities, and will welcome their first flights on Aug. 5. 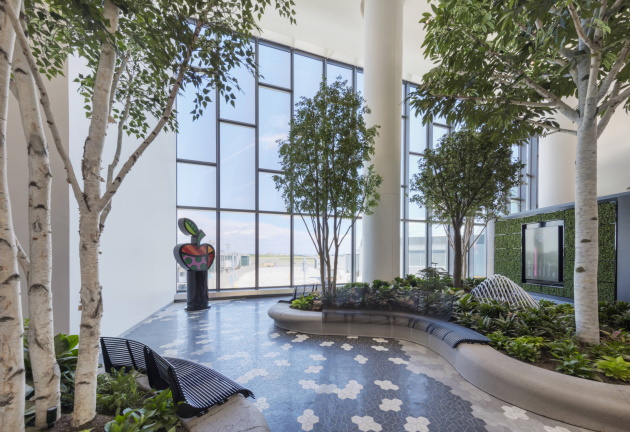 Governor Cuomo said at the unveiling: "With the opening of this new concourse, LaGuardia Airport's Terminal B is hitting two major milestones in one summer and moving closer to its full transformation into a 21st Century travel facility.” He added: "LaGuardia Airport is going to be the first new airport in the United States in 25 years, and we're building it while still operating the old airport. Travelers coming to New York should expect nothing less than a world-class experience, and that is what we are delivering with this modernization project."

The key aim to complete the redevelopment without allowing the airport to lose capacity, demolishing old structures whilst simultaneously opening new ones, has so far been achieved. In fact, 2019 saw eight of the airport’s busiest days on record, with a 3.1% increase in passengers over the previous year.

However, the coronavirus pandemic has not been without its casualties and LaGuardia, like many airports, faced a lengthy period of flight cancellations and low passenger figures, down around 92 per cent in June alone.

The crowded, outdated terminals were eerily quiet and empty for a time, no doubt leaving some to ponder whether such a large rebuilding program would be necessary in a post-COVID world.

Yet with works so far underway, and projects such as Terminal C already ticked off, it was business as usual for the construction workers.

In fact, having so few passengers around was a blessing for the project, allowing parts to be completed ahead of schedule, including the new Arrivals and Departures Hall.

The new concourse is not the end of the works planned for Terminal B. A second pedestrian sky bridge will be opened in 2021 and ten additional gates will be added in 2022 to increase capacity, while old parts of the terminal will be demolished at this time. Terminal B is served by American Airlines and its partners.

Once complete, 40% of LaGuardia’s passengers will use the new gates. It has been speculated that JetBlue may eventually transfer across to Terminal B from the aging Marine Air Terminal on the other side of the airport.