It’s not perfectionism that’s hurting us. It’s our approach to it. 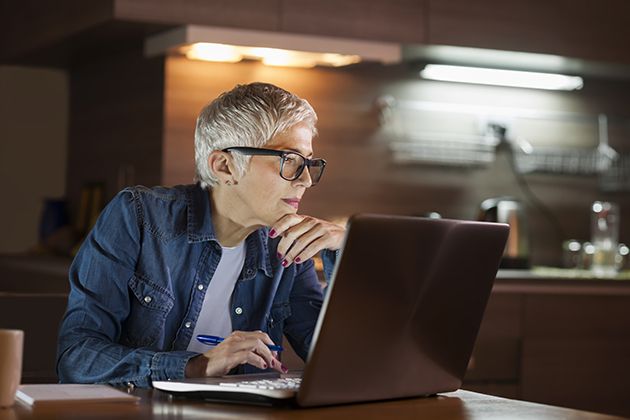 Finding a perfectionist that isn’t in some way proud to be one is like finding out you’ve won $100 million on the lottery. It’s not unheard of, but it’s rare! Why? Because perfectionists believe their strong work ethic, superior attention to detail, and ability to achieve more than everyone else puts them in a class above the rest.

For the most part, they’re right! Numerous studies have shown that perfectionists outperform non-perfectionists in sports, the workplace, and in education, and there is an increasing belief that society’s largely negative portrayal of perfectionism now requires an update. But whilst these positive qualities of perfectionism continue to garner support, the negative aspects must not be ignored.

Perfectionism continues to cause a host of health problems for perfectionists, with the endless pursuit of perfection causing many to experience chronic low self-esteem and fear of failure whilst being highly critical of their efforts. These symptoms can invariably lead to burnout and depression, and it often takes a major life event such as a health scare for perfectionists to realize the stress this approach brings to their lives.

Even though the desire for perfection can often be a thankless task, perfectionists remain doggedly faithful to their cause. Why? Well, the answer lies in perfectionism itself.

A perfectionist’s beliefs are often rigid and unrealistic, largely driven by behaviors and beliefs developed in early life. Their “black-and-white” or “all-or-nothing” thinking prevents the perfectionist from considering wider alternatives or solutions to any given problem, and it’s this fixed mindset that leads them to believe that the thoughts and behaviors they display are permanent and impossible to change. This is far from the case, however.

Research shows that adopting a growth mindset helps ensure a happier and healthier existence for perfectionists, and I can personally attest to its power. In 2017, I was the music director of the Broadway musical “Hamilton” on tour in the U.S. when I experienced a mild heart attack on my walk home from conducting a performance. As it turned out, my right coronary artery was 90% blocked, and extensive work with a psychologist after the event would eventually identify my perfectionism as the underlying cause of the attack. It was a big wake-up call, and thus began my connection with the growth mindset and the practice of many techniques that will (hopefully) ensure I’m still around for many years to come.

Switching a mindset is relatively easy to do, but you’ll only succeed if you connect with why you’re doing it. Much like an alcoholic will only stop drinking once they’ve admitted they have a problem, the first step to making sustained change to mindset as a perfectionist is to admit that perfectionism is causing you pain. For some, that’s a bridge too far. Because most perfectionists are proud of the healthy aspects of their perfectionism, any change in mindset is often perceived as a negative.

Perfectionists are reluctant to consider change because they believe it will somehow make them lazy or unmotivated, and change is often seen as a threat to the very thing that makes them special (did I mention that the fixed mindset is part of perfectionism?!) Even though it causes them pain, perfectionists are often much happier regarding the unhealthy parts of their perfectionism as something they just have to live with in order to benefit from the healthy parts. It’s a never-ending circle of self-sacrifice — and it’s exhausting!

But imagine what it would be like to free yourself from the chains of unhealthy perfectionism whilst still benefiting from the healthy parts; understanding your perfectionism so well that you wake up one morning to find that you no longer feel the need to leave the bedroom looking like a show home or spend hours on your appearance before heading downstairs to the kitchen because you’ve realized that no-one other than you really cares.

Imagine deciding that the fridge didn’t really have to be stocked in alphabetical order because your time was better spent elsewhere, or that you wouldn’t be overly bothered if you turned up for brunch with a friend a few minutes late because you decided to prioritize your perfectionism and only focus on perfecting the things that really matter to you. Imagine how much freer you would feel and how much more time you would have to perfect the things you care about the most by taking this approach.

It’s all there for the taking — you just have to want it!

It’s my belief that we all have a responsibility to be the best we can be in life, and that the switch to a growth mindset is one of the most powerful ways to achieve that goal. This isn’t about saying there’s something wrong with you; it’s about connecting with the realization that every perfectionist deserves to be happy, and that meaningful change in your approach to perfectionism will mean a more balanced, peaceful, and calmer existence.

It’s about recognizing that you are worth more than a life filled with fear and low self-esteem, and that productive change within your perfectionism is not only possible but achievable without compromising standards. This change might scare you — I get it, I’ve been there — but if you can view this change as something that will offer untold rewards in your success and happiness in life, I promise you’ll be grateful for it.

Imagine what you could achieve by “perfecting” your perfectionism! Be brave and embrace the growth mindset. You deserve it. You’re a perfectionist, and you’re awesome!

Julian Reeve is a former music director of the Broadway musical “Hamilton” turned perfectionism contributor, speaker, and author of Captain Perfection & the Secret of Self-Compassion: A Self-Help Book for the Young Perfectionist. Visit www.julianreeve.com for more information on self-compassion and other perfectionism solutions.