Is the sky falling for pharmacist salaries? 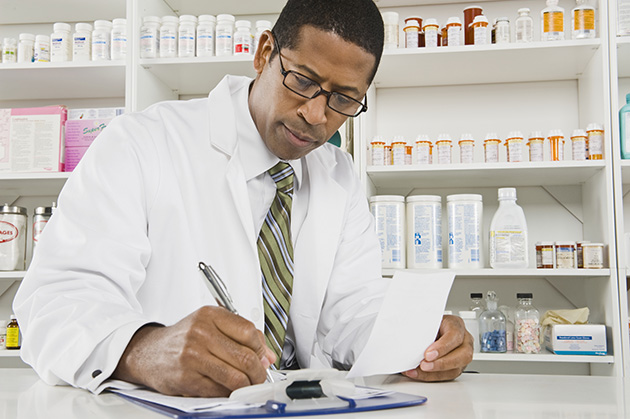 They say what goes up must come down. But for a long time, that hasn’t been true when it comes to pharmacist salaries. Median hourly wages have continued to increase for pharmacists over the past couple decades.

But the 2018 Pharmacy Compensation Survey, a few details of which are available for free on the PharmacyWeek blog, shows at least some evidence that pharmacist salaries have hit a ceiling and might be heading downward in the days to come.

I’m not sure I would say "the sky is falling" just yet. But maybe we are beginning to see the market impact of an oversupply of pharmacists.

The pharmacy compensation survey invites salary feedback from pharmacy professionals and organizations across the country. This years’ survey collected data from over 340,000 pharmacy workers employed by over 300 organizations and representing over 50 distinct pharmacy job titles.

Apparently, this was the "highest ever" response rate generated by the survey. Mercer manages the distribution of the full survey report at a hefty price, which makes it virtually unavailable to most pharmacists, but probably quite useful to large employers of pharmacy professionals.

One of the most notable findings of the 2018 survey was the small but significant drop in the salaries for retail pharmacists when compared to 2017.

Pharmacists reported a 0.5 percent decrease in base pay salary compared to the prior year. While not large, the significance is that this has never happened before.

This drop wasn’t just for staff pharmacists in retail. Both district and regional retail supervisors saw their job category decline in value year-over-year.

But the small drop in certain retail settings appears to be offset by increases elsewhere. The result is that salaries overall went slightly up this year, but by less than 1 percentwhen factoring in both base pay and bonuses.

So how much is everyone making? Regardless of job setting, the market seems to have gravitated toward a base pay of $59/hour to $63/hour for pharmacists working for the largest employer categories like retail, hospital, and PBM.

The one exception seems to be pharmacists whose job category is "healthcare/retail satellite" who are enjoying a median pay of about $81/hour. It is hard to say exactly who these pharmacists are, as the definition is a bit vague. The survey defines them as a pharmacist who "works within a clinic or hospital retail/satellite pharmacy."

Pharmacists may find the regional or state excerpts available online to be interesting. When it comes to regional salaries, the Northeast is clearly lagging behind the rest of the country with an average base pay of $59.51/hour. Pharmacists may want to consider opportunities to in the Southeast where cost of living can be less expensive, but average base pay is up to $62.18. The West Coast currently has the highest base pay for pharmacists, coming in at $73.35.

My overall impression of the data is that we are observing a leveling off for pharmacist salaries and that market saturation is the likely cause.

Pharmacists continue to do more than ever before, particularly in retail settings and clinical hospital settings. But the oversupply gives employers the opportunity to scale back salary ranges, especially for new graduates.

This couldn’t come at a worse time for many pharmacy students and new grads who are going to be looking at repayment of loans well over $100,000.

Is the sky falling? I don’t think so. Are the average pharmacist salaries leveling off? For sure. But it is too soon to say what the long-term interpretation of the data will mean.

I think the 2019 survey will be critical and allow us to forecast a little better about what we might expect down the road.