Is Paris still safe to visit? Recommendations from a recent theft victim 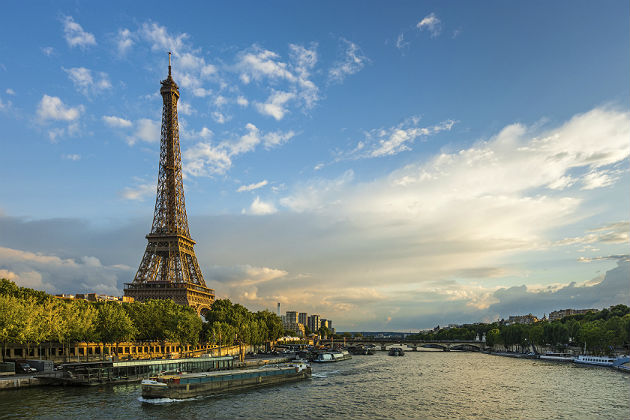 I was in Paris on a leisure trip last week. It would have been a perfect getaway if I was not the victim of theft. Such an incident significantly affected my travel plans and my well-being even though I tried my best not to let it bother me.

Leaving the incident behind, I am sharing the lessons I learned from my own experience. I am hoping my recommendations will help prevent people from being other victims of theft.

I arrived at Charles de Gaulle Airport at around 10:30 a.m., where I met my friend who arrived earlier at the same airport. My friend and I each traveled with one standard-size backpack and one rolling luggage suitcase.

I used Google Maps for directions. I saw in the app that Uber was not available in the area at that time, even though I found out later Uber worked just fine in Paris. My friend and I then decided to take the RER B train to the hotel (downtown), an alternative suggested by Google Maps.

Before this trip, many friends had warned me that I must pay special attention to the pickpocketing crimes in Europe. Accordingly, I kept one credit card along with 200 Euro in my pocket, and I stored the rest of the valuables in my backpack. I told myself:

“Even if someone steals my credit card and cash in my pocket, I still have all my other valuables with me in my backpack.”

I did not expect anything but pickpocketing crimes, but it turned out I was tricked by an experienced thief. My whole backpack with all the valuables inside was stolen on my way to the hotel!

My friend and I sat down, facing each other after we got on the train. I left my luggage on the right (aisle side) and my backpack on the empty seat next to me. I did not tie everything together with my body — I really should have done so though — but I put my hands on top of the backpack.

Suddenly, I noticed that a slim-built Arabian man in his 50s began moving our luggage on my right side away from me while looking at the floor. His move got our attention.

I held tight on my suitcase and tried to provide some assistance to him if needed — I still had no clue at that time that he was after me. It “appeared” that he dropped a few coins on the floor, and he needed to move my luggage away to pick up the coins.

He finally picked up all the coins on the floor. Meanwhile, the train stopped at the Gare du Blanc-Mesnil station. He then stepped off the train quickly, right before the train closed the door behind him.

I then realized my backpack on the left side was missing. I stood up and looked for the item inside the metro car. I could not see it.

I looked outside as the train just began departing from the station. I saw the back of the Arabian man, with his left hand holding something still in front of him. Still, I could not tell what he was carrying because his back was blocking my view as he walked towards the exit. I realized that everything I had in that backpack was stolen and gone for good.

It was a significant loss for me. I had my passport, driver’s license, cash valued at about $900, a MacBook, an iPad, a few credit cards, and other valuable items inside that backpack.

That was probably more than just simple larceny or pickpocketing. Besides, because the total loss of my valuables exceeded $1,000, it could be categorized as grand theft.

My friend and I got off the train at the next station. I was trying to get help from the staff working in the station. We found no police officer or staff inside the station.

It did not seem I could get any assistance from anyone there. I also noticed my friend and I still had two rolling suitcases with us.

We took the next train to the hotel. I informed the hotel staff about the accident and got directions to the nearest police station.

On the same day, I also spent a couple of hours, either on the phone or online, to freeze my credit card and bank accounts. I also tried to make the appropriate arrangements online to replace the legal documents lost on this trip.

The next morning, I went straight to the Embassy in Paris for a temporary passport because such a service is not available after 3:00 p.m. It took about two hours to get a temporary passport, which was good enough for me to leave France and get back to the U.S. later.

I did not sleep well at all during my time in Paris. Besides jet lag, I could not stop thinking about what I could do to recovery quickly from the accident.

Based on my experience, I recommend travelers to consider taking the following actions when traveling in Paris:

When I was in Paris Metro, I heard a repetitive announcement that reminded people about pickpocketing crimes. Yet, what happened to me was more than just pickpocketing.

I, therefore, make the following recommendations to the government agencies to improve public safety:

Is Paris still a safe place to visit?

All travelers must go through security checkpoints before entering most of the tourist spots in Paris, possibly due to the terrorist attacks that happened in recent years.

Even though it was not as carefree as in the U.S., I generally felt safe when traveling inside Paris. I knew I must be more cautious of my surroundings in Paris.