Is a switch to standards-based grading right for you? 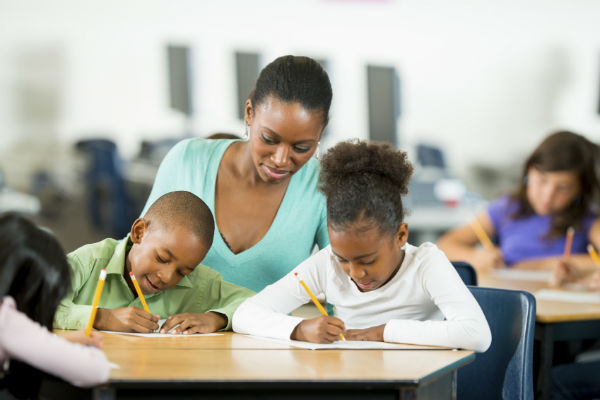 What is standards-based grading?

According to Schoology, standards-based grading is an intentional way for teachers to track their students’ progress and achievements while focusing on helping students learn and reach their highest potential. It is based on students showing signs of mastery or understanding various lessons and skills.

For example, in a typical grading system, there is often only one grade assigned to students for music class, encompassing everything they do in music.

In my district’s standards-based grading, we have split up the grading into five categories: Reading/Writing, Performing, Classifying, Creating, and Responding. There might only be two categories assessed during any marking period, but by the end of the year, all categories have been assessed.

The grade of “4” is not typically given until you are done assessing everything in a particular strand. More on that later!

Why use standards-based grading?

According to a study from Northeastern University, research shows that a standards-based mindset paired with standards-based grading correlates to higher academic achievement.

As a music teacher, I love that with standards-based grading, I can communicate far more specifics about a student’s achievement than I can with traditional grading. If a student gets a 3 in reading/writing, and a 2 in performing, that tells the parent much more than just a “P” (for progressing) in music. I also use the comments section to communicate specifics.

How do I grade with standards-based grading?

With standards-based grading, you are still assessing as you typically would, but with each assessment, you are assigning it to a category. As I stated previously, you’re not giving a “4” until you’re done with that strand, so in the case of my music classroom, if you are expected to teach ta, ti-ti, and rest in first grade, you’re not giving a “4” in reading/writing until you’ve done some assessments for rest.

Some of the elementary music teachers in my district completed a course about Performance Level Descriptors (PLDs). With this course, we came up with PLDs, which are much like rubrics, for each strand.

We decided that with the limited time we have students (once every five days for 50 minutes), we would only hold students accountable for ta and ti-ti and sol-mi by the end of the first grade year.

For first grade reading/writing for music, our PLD for what constitutes a 4 states that a first grade student at this level can do all of the following:

When assessing a specific assignment with standards-based grading, you might give the student a 3 in the grade book shown to parents, but a 4 in your own grade book, so that you know which students are doing really well, which will help your differentiation.

How do I implement standards-based grading?

I would suggest spending time together with your fellow teachers who teach the same subject and collaborate. This is so helpful in getting everyone on the same page, thinking through exactly which categories you’d like to use, and what you want students to achieve in each area.

If your team is really small and you don’t have many others to collaborate with, I suggest studying any work your classroom teachers have done in this area. This will likely inform your work.

I hope this has been helpful to you as you begin standards-based grading. Happy teaching!