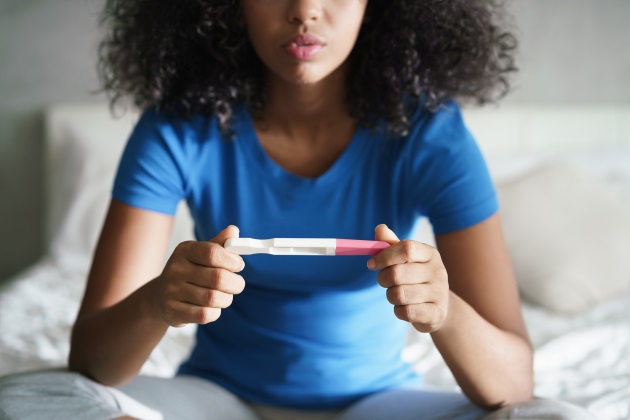 This article originally appeared on WoundReference.

We have previously discussed the rationale for using hyperbaric oxygen therapy (HBOT) in an “off-label” indication. We suggested that there must be a scientific rationale, physiology that made sense for use of HBOT, and some sort of verified outcome (case report, case series, controlled clinical trial, etc.). In this article, we will provide an update on use of HBOT as an adjunctive treatment for female infertility.

Female infertility can be considered an off-label, plausible indication for HBOT. That is, there is some evidence supporting the use of HBOT for this indication; however, it is not an indication that is approved by the Undersea and Hyperbaric Medical Society (UHMS).

What does scientific literature say regarding HBOT for female infertility?

There are a number of reasons for failure to conceive. In fact, too numerous to discuss in detail for this blog post. Performing a PubMed search using the terms “hyperbaric oxygen” and “infertility” gives approximately 10 results.

Three of these papers report on a noninvasive, measurable and verifiable aspect of infertility treatment, that being the thickness of the endometrial stripe during the course of the menstrual cycle. The fourth paper discusses the ovarian liquor from harvested ova being prepared for in vitro fertilization (IVF).

With that introduction, let’s get to it. We will discuss the papers in chronological order.

1. Report of the use of hyperbaric oxygen therapy (HBO2) in an unusual case of secondary infertility.

From theUndersea and Hyperbaric Medical Society Journal, a 2004 paper by Leverment, Turner, Bowman and Cooke reports on an unusual case of secondary infertility.

Due to prior conception and difficult delivery, complicated by severe post-partum hemorrhage, hysteroscopy showed a 30% scarred endometrium located primarily in the uterine fundus. This damage was in the area of previous surgery and post-partum hemorrhage. She had undergone multiple cycles of IVF with fresh embryo transfers, all of which failed to produce a pregnancy.

A second hysteroscopy confirmed the findings from the first, with additional calcifications noted over one third of the endometrium at the fundus. She continued to have IVF cycles with medical stimulation including vaginal sildenafil. The endometrium on transvaginal ultrasounds remained continually poor (<4 mm thickness of endometrial stripe), and she had continued failed IVF cycles for 11 months.

The authors consulted with hyperbaric physicians and reviewed the literature. A plausible physiological link between endothelial growth (think granulation tissue and nitric oxide stimulation by way of VEGF) led them to consider a trial of HBO.

After extensive discussion with the patient, husband, and obstetrics physician, a course of HBOT in conjunction with the IVF cycle was commenced. She received 10 HBOT treatments at 2.0ATA for 90 minutes of oxygen breathing over days 1 to 10 of the IVF cycle. A transvaginal ultrasound was performed on Day 10.

Endometrial thickness was 6 mm during this particular cycle. In addition, a pregnancy was conceived that resulted in a healthy male child born.

This is a single case report and conclusions about plausible pathways to pregnancy cannot be inferred. It is interesting that the patient had an increase in endometrial tissue and immediately became pregnant on the only cycle where she was exposed to hyperbaric oxygen. In addition, the patient served as her own control due to the multiple months of endometrial stripe ultrasound with no better than 4 mm thickness noted. Our conclusion based on this one paper is … Interesting … plausible link noted.

2. Hyperbaric oxygen and ovarian follicular stimulation for in vitro fertilization: a pilot study.

Next comes a study from the University of Iowa in Fertility and Sterility, 2005.

These researchers looked at the effects of hyperbaric oxygen and ovarian follicular fluid during IVF attempts. This is a pilot study and would be considered a prospective observational study, in essence, a small case series. The plausible physiologic basis that leads to considering hyperbaric oxygen are observations that well oxygenated oocytes have fewer chromosomal abnormalities.

Through measurements of content of the follicular liquor, one could compare the differences between successful and unsuccessful IVF transfers. OK, so the plausible theory has been extracted. What are the facts and conclusions?

This is a study of older women desiring to have children. Minimum age studied was 35 and some over age 40. Admittedly, this is not a good population to study, even for an IVF study because of advanced age. All women in the pilot study received the same IVF protocol. One of the items studied was the number of failed (or canceled) IVF cycles.

This did not vary between groups. There were three groups in this study: women who did qualify for HBOT, women who did not (or chose not to) participate with HBOT, and age-matched from previous studies. In the HBOT group, treatment protocol was 2.4 ATA for 90 minutes of oxygen breathing, continuing until the day before oocyte harvest.

Results: The HBOT group showed an improved prostaglandin E2 response, better implantation rates, and positive pregnancies. Follicular fluid VGEF concentrations were higher in the HBOT group. Two of the women in the HBOT group conceived from IVF and delivered healthy twins. On the minus side, there were equally high cycle cancellations in the HBOT group and the active control group.

So, how do we make sense from this paper? In my opinion, there are a number of factors to take into account, primarily the age of the women trying to conceive and older oocytes. Therefore, the pilot study is a plus/minus regarding HBOT and improving pregnancy. There were positive changes in the follicular fluid among the HBOT group of women.

3. Hyperbaric oxygen and in vitro fertilisation.

The last two studies come from the same research group in Belgrade, Serbia.

The first paper is a single case report of a 36-year-old woman who had failed two IVF cycles. The authors chose to use HBOT was to see whether it had a use in reproductive medicine. HBOT protocol for this study was 2.3 ATM pressure for 70 minutes of oxygen breathing from Day 5 to Day 12 of the IVF cycle. The researchers here had used HBOT previously in male and female sterility, thus provoking them to consider using it in this patient.

There was mention that the patient had a thick endometrial stripe of 11.2 mm and subendometrial flow (capillary blood flow) was excellent. This type of endometrial response was not seen in this patient the prior two IVF cycles.

So, what do we make of this case report? From a scientific approach, we learn nothing except that there was an intervention that resulted in a pregnancy. However, taken with the above case reports, we see some similarities ... especially with the thickness and capillary flow characteristics of the endometrium. Is there something to this? It is hard to tell with so little evidence. Time for one more study.

4. Hyperbaric oxygenation as a possible therapy of choice for infertility treatment.

The final paper was a research study from the same authors and published in the Bosnian Journal of Basic Medical Sciences in 2006.

This is a randomized study of women who had failed to conceive with an unknown cause. There were 32 women (ages 24 to 34) enrolled in the study. The HBOT procedure was exactly the same as described in the case report above.

The outcome of the study was to look at aspects of endometrial growth and capillary functionality through transvaginal color Doppler sonography. There were 10 women who underwent a sham exposure to hyperbaric air at minimal pressure in the hyperbaric chamber.

The single most lacking piece of data in this paper is the pregnancy rate between the HBOT group and sham group. Such is the difficulty when studying and trying to make sense of several research protocols. Overall, I think that there may be some role of HBOT and infertility. The data has not reached any point higher than plausible and likely to do no harm.

So, what is the conclusion on adjunctive HBOT for female infertility?

Here we come to the end of scientific data for infertility. While there is no definite link between HBOT and infertility treatment, we know that the endometrium can dramatically change due to exposure to HBOT in the menstrual cycle.

There are hints that suggest better fertility when HBOT is added to infertility medication regimens. For me, there is enough evidence that I would pursue investigational studies with my IRB for this indication. If you do embark on this type of study, my hat is off to you!

Eugene R. Worth, MD, M.Ed., FABA, ABPM/UHM is a board-certified anesthesiologist specialized in cardiac and vascular anesthesia. He is a wound care and hyperbaric physician, and Advisor/Editor of WoundReference, Inc., a clinical and reimbursement decision support platform for wound care and hyperbaric clinicians. Dr Worth is the recipient of a number of awards and distinctions in undersea and hyperbaric medicine. He has been a physician surveyor for the UHMS Accreditation Team and a reviewer for the journal, Undersea and Hyperbaric Medicine. He is a physician member of the UHMS Safety Committee. He has written multiple publications and book chapters for topics in hyperbaric medicine.