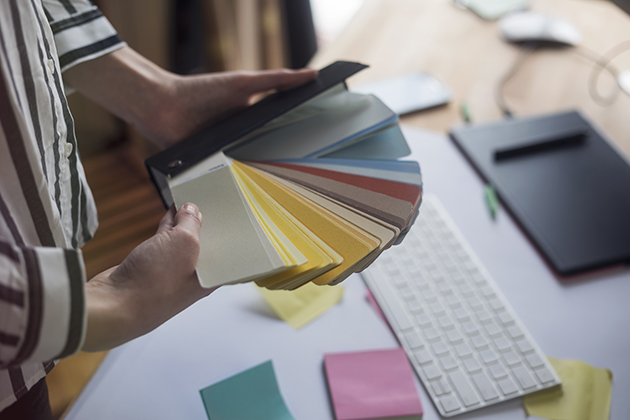 Continuing the upward trend that began toward the end of the second quarter, interior design activity rebounded to close to 2019 levels in the third quarter. Billings were up nearly twice what they had been in the spring, with demand for residential remodeling and design services leading the way.

As the quarter came to a close, though, firms experienced a slowdown in new inquiries and committed projects, a signal that business may taper off slightly in the final months of the year.

For the third month in a row, the American Society of Interior Designers (ASID) Interior Design Billings Index (IDBI) hovered around 52 in September, indicating sustained but modest growth. That is just slightly below where it had been a year ago and nearly twice the reading reported in March. Overall, designers remain optimistic about their prospects for this year. But with new project inquiries down somewhat compared to August (52.7 vs. 57.6, respectively), they have scaled back their expectations a bit, adjusting their six-month outlook from 58.1 in August to 54.2 in September.

Similar levels of activity were reported by residential designers responding to the Houzz 2020 Q4 Renovation Barometer. During the third quarter, participants saw a substantial increase in business activity compared to the previous quarter (64 vs. 45, respectively) and in new committed projects (68 vs. 39), as well as a boost in project inquiries (59 vs. 50). On average, designers’ project backlog increased by nearly two weeks, to 4.5 weeks, from the second quarter.

Regarding their outlook for the coming quarter, participants were somewhat less positive, although designers were more optimistic than were architects. Based on their experience toward the end of the third quarter, they anticipated a slight decline in project inquires (72 in Q4 vs. 74 in Q3), new committed projects (68 vs.73), and in overall business activity (70 vs. 73).

Conducted around the same time as the Houzz study, the National Association of Kitchen and Bath Designers (NKBA) Pulse Survey for September found more than half of designers (53%) said demand for their services was increasing, while 16% said demand was falling (up 1 point from the August 13 survey). The survey did not ask about respondents’ expectations for future projects. Notably, said the NKBA, it was the first month in which all four member segments rated the impact of the health crisis on their business at less than 6 out of 10.

On the commercial side, recovery has been more mixed. The American Institute of Architects (AIA) stated architectural billings continued to slip in September but that fewer firms were reporting declining billings. Its Architectural Billings Index (ABI) for the month was up 7 points from August to near positive levels (47.0), and the value of new design contracts rose from 46.0 to 48.9.

Firms also reported an increase in new project inquiries for the second month in a row and a slight uptick in project backlogs. However, members reported that many prospects and clients are not moving forward with projects at the moment, waiting to see what transpires with the progress of coronavirus, the economy and the elections.

At present, only the multifamily sector is experiencing positive growth. Firms with a commercial specialization continue to face lower than normal demand. Looking ahead, the AIA poll showed on average firms are expecting a 1.9% loss in revenue from the third to the fourth quarter of this year and a 5.5% annual loss in revenue in 2021.

It is too early to know yet what impact the recent resurgence of COVID-19 outbreaks will have on demand for design services in the next couple of months. On the whole, most residential design firms should achieve positive annual growth by year’s end. For commercial firms, on the other hand, it will depend much on their area of specialization, firm size and location. How designers will fare in 2021 is as yet uncertain.