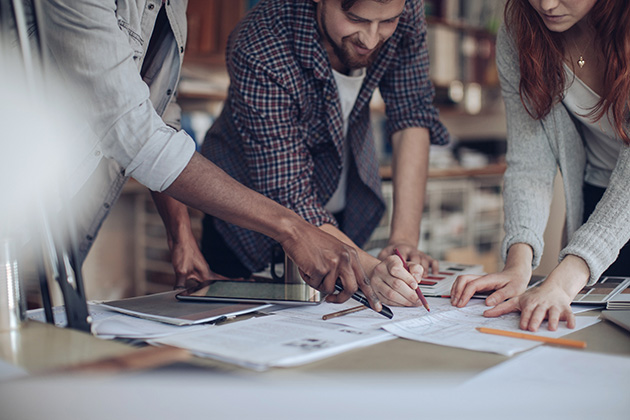 Over the last three years, the interior design industry has rebounded from its post-recession decline and now appears to be on a steady course of upward, modest growth.

Since 2014, the number of practicing designers and number of design firms have been increasing each year. Interior design business activity has picked up during the second half of this year, and designers as a group are mostly optimistic that the trend will continue into the beginning of next year.

According to Interior Design magazine's recently released "2017 Universe Study," both the number designers and of firms has increased since the last study, conducted in 2014. The public data does not indicate by how much each figure has increased.

However, it states currently there are 112,006 designers (including designers, architects and interior architects) in its survey of over 3,200 participants from firms specifying over $500,000 annually, and 33,651 design firms. This is a substantial increase from the "2010 Universe Study," which, in the aftermath of the recession, reported 87,502 and 25,248 firms. In addition, the 2017 study finds these firms in total currently specify $77.95 billion worth of product annually, compared to $46.25 billion in 2010.

In comparison, the U.S. Bureau of Labor Statistics' most recent data reports a total of 66,500 practicing interior designers in 2016. From 2009, when it contracted to around 64,180 practicing designers from the previous year's all-time high of 72,231, the industry has added 7,160 jobs, with the bulk of those (6,040) coming in 2015, when the construction and housing sectors began to heat up.

Future growth is likely to be more gradual. Designer employment rose about 4 percent between 2015 and 2016. The BLS projects a 5 percent increase in interior design employment between 2016 and 2026.

Perhaps an indicator of how the market for design services is changing, there has been a noticeable decline in recent years in the number of interior designers who report themselves as self-employed. That number also peaked in 2008, at 18,941, but has been getting smaller in subsequent years, dipping to 13,056 in 2013 and to 12,600 in 2016.

Self-employed designers now comprise less than a fifth of all practicing designers, down from about a third throughout much of the period from 2000 to 2008.

Recent reports indicate that 2017 should turn out to be a good year overall for most designers. Designer Advantage says its data shows a 10.1 percent average increase in business for firms throughout the United States between January and September 2017.

The Houzz 2017 third-quarter Renovation Barometer showed designers more optimistic than in the earlier part of the year about experiencing higher business activity throughout the second half and into the beginning of 2018. Designers in the "2017 Universe Study" registered a 98 percent optimism rating regarding business conditions for the coming year.

At present, Dodge Data & Analytics is projecting a 3 percent growth in total construction in 2018, as does the American Institute of Architects' Consensus Construction Forecast. Both the commercial and residential sectors are forecast to have positive growth next year, which should help designers, as will the continued trend in demand for home remodeling and renovation services.

However, those forecasts could change depending on the outcome of the tax reform bills currently moving through Congress, whose cuts could potentially provide a much greater lift to the industry.