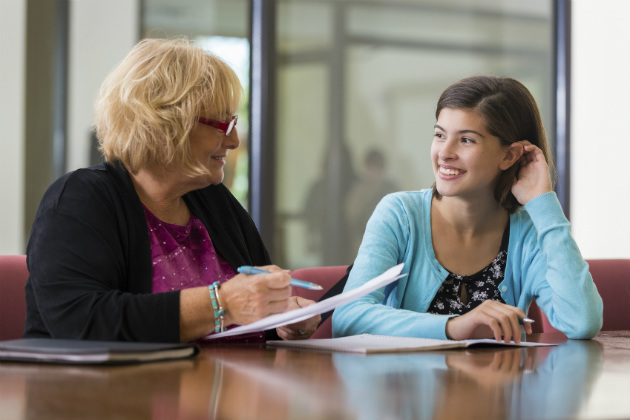 There is no disagreement that students and parents of minor children should have control to disclose or not to disclose psychological or emotional information at the time of application. Does a high school have the right to take this control away from a family and make disclosures without express permission?

Many years ago, when high school students with learning or other disabilities took the ACT/SAT with test accommodations, an asterisk appeared next to the score indicating "nonstandard administration." This could have been for a number of reasons, e.g. a hospitalization or religious reason for not taking the test on a Saturday.

However, the assumption was made that the student had a disability. As a result, flagging of testing with special accommodations ended.

We have come a long way over the past couple of decades in disclosing learning, sensory or physical disabilities at the time our seniors are applying to colleges. Colleges are more accepting of these students. In fact, many colleges have found that upon college graduation, these students tend to have higher GPAs than the nondisabled population.

It is not unusual for students to attend another high school and then return to their home district's school. A parent separation or major home construction are two reasons that could result in such a temporary change. The transcript would show work completed at a different school.

What happens when students leave their home high school to attend a special education high school and then return? A name such as "Pine Air Therapeutic Academy" appearing on the student's transcript does not sound like your typical high school and may raise questions in the mind of an admissions counselor.

To learn more, the counselor might "Google" it and find, "PATA is one of the leading therapeutic boarding schools for struggling or troubled teens. Our wilderness program deals with troubled teens enabling them to get back on track."

The admissions counselor is now aware that this applicant has serious emotional or psychological issues, apparently so serious that the applicant was not educated in the least restrictive environment and attended a therapeutic program hundreds or thousands of miles from home. With incidences of violence on college campuses, the admissions counselor, now aware of this confidential information, may likely decide to deny this applicant.

Now in theory, this is illegal — to deny acceptance based upon one's disability — however, with so many other factors (GPA, ACT/SAT, letters of recommendation, etc.), that could be difficult to prove.

If a high school counselor or the transcript discloses the name of this therapeutic school in any communication, both the counselor and the school may be found to indirectly disclose the student's disability to a college. If a complaint is filed, the U.S. Office of Civil Rights or U.S. Department of Justice may decide the student's disability was illegally disclosed. A parent could also file a lawsuit, in which case a judge may decide to order a temporary injunction.

I had the opportunity to informally discuss this with an attorney from the New York District Office of Civil Rights. This attorney felt there was some real merit in my thinking and suggested a complaint be filed with OCR. Subsequently, I discussed this with 14 attorneys (11 specializing in disability issues). It has been a unanimous opinion that this is a credible issue worth pursuing and could become a national issue.

I have had high school counselors ask me, "Even if we were to write 'out of district at an accredited school,' how does that solve the problem with students who graduate from these therapeutic schools? They can't disguise the name of their school."

I asked this question to several attorneys. They said we need to take one step at a time, and the first step is to end this practice.

That should be the primary goal — how it is corrected is a different challenge. At this point in time we do not have a solution for every scenario, but that should not be the reason to stop giving the exact name of a therapeutic school on the home or graduating school's transcript.

Allen Tinkler is an educational consultant working with students with special needs transitioning from high school to college. He assists them with college selection, the application process and attaining accommodations at college. He has met with both admissions and disability specialists at close to 400 colleges throughout the US. He is an active member of professional college admissions and post-secondary disability organizations. He has a BS degree from SUNY Cortland and a MS.Ed degree from Hofstra University. In his spare time he plays golf, runs, kayaks, bikes and competes in races and triathlons.