‘Impairment’ at work means more than just alcohol and other substances 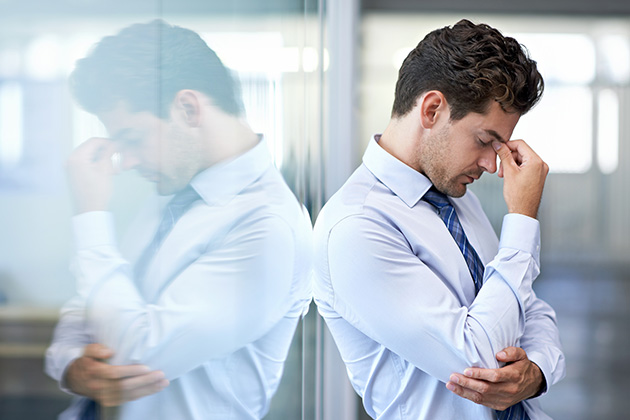 When describing “impaired” workers, there’s a tendency to limit this term to alcohol, opioids, or cannabis. But according to the National Safety Council (NSC), the definition needs to be expanded. And 93% of employers who responded to a recent NSC survey agreed that workplace impairment includes more than alcohol and drugs.

And she says it is the result of a number of factors, including:

“Many of these factors can be interrelated; for example, an employee who is stressed might be experiencing chronic fatigue, resort to substance use, or both,” Stroer explains.

While most companies have policies and internal programming to address chemical or substance-related impairment factors, she warns that any type of impairment can present safety risks.

The dangers of an employee working while impaired

“Impairment is a fitness for duty concern, and in general, these factors can affect an employee’s cognitive and physical performance,” Stroer says. It’s a particular concern for safety-sensitive employees, but all employees should understand workplace impairment — and this is especially true for workers who drive to work.

“For example, 13% of work injuries could be attributed to sleep problems and both moderate and severe mental health distress have been found to increase risk for workplace safety incidents,” Stroer explains.

Employee mental health during the pandemic

Another survey, by the Recovery Village, sought to understand how the pandemic is affecting employee mental health. In January 2021, survey participants were asked about their mental health over the last six months, and 75% said they experienced mental health symptoms. The symptoms breakdown is as follows:

“Interestingly, in this sample, 64% were aware of mental health resources offered by their employer, leaving over a third of respondents without employer-supported mental health resource access or knowledge as to whether or not this is provided — over a year after the onset of this pandemic,” explains Angela Philips, LICSW, PhD, Clinical Product Manager at the Recovery Village.

Even though many employers in the Recovery Village survey reported experiencing adverse mental health symptoms, Philips says many employees were struggling with conditions before the pandemic. “In our sample, almost half reported being diagnosed or treated for a mental health disorder in the past.”

The most commonly utilized resources were EAP programs and teletherapy. However, Philips says the majority of people using these resources are at the management level or higher. “However, not even a third of the lower-tiered workers reported doing the same.” She says that those in management were also more comfortable talking to a boss about mental health, compared to lower-tiered workers.

Some of the problem is related to the stigmatization of mental health issues, and Philips says those who seek help can be viewed as weak, dangerous, or uncapable of performing the job. “This is also one of the biggest perceived threats to job security, which is reflected in how the workforce is clearly still very hesitant to discuss, let alone access mental healthcare, out of fear.”

What employers can do

As it relates to impairment, Stroer recommends that employers take a holistic approach. “Employers have a distinct role to play in creating a workplace culture that supports employee wellbeing and ensures employees are fit for duty.” For example, she says companies need to learn how to recognize impairment, and prevent employees from working impaired. “Companies should also develop and enforce policies in a fair, consistent manner, and make sure employees are aware of their responsibilities and policies regarding impairment.”

However, Stroer says there’s something else organizations can do, and she thinks this is the most important step. “The right workplace environment can help prevent further substance misuse, stress, fatigue and other issues, while also helping those already affected.”

Philips agrees that employers play a major role. “Employers are in a uniquely powerful position as the gateway to employee mental healthcare, with their ‘finger on the button’ as to what is offered and how it is delivered,” she explains. Since company culture is critical in determining an employee’s well-being and performance, she says companies must create an environment in which employees feel comfortable reaching out.