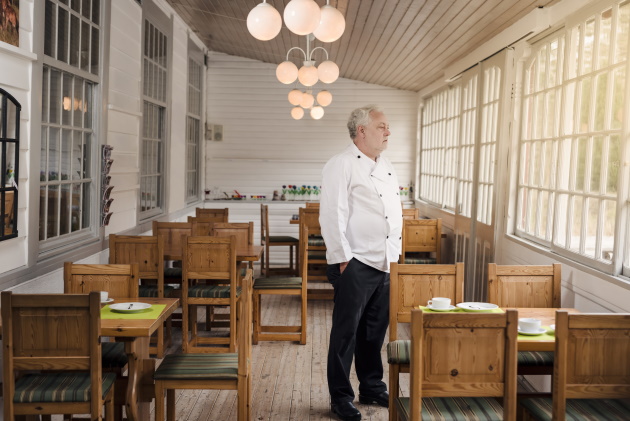 California took some people by surprise recently when Gov. Gavin Newsom ordered the largest rollback of reopenings in the country.

Proceeded by Los Angeles moving to online schooling for a large portion of the fall semester and closely followed by individual counties leveling their own, stricter precautions, Newsom’s order was part of a slew of indicators that all said the same message: the coronavirus is not going away.

And as much as the people in California are feeling as though the clock has been rewound to March, small businesses need even less of a reminder of that. With indoor operations largely paused once again, this latest shutdown can have even more dire consequences than the first.

“We had some really great days, and it was like, oh my God, we’re back to some kind of normalcy. Now that’s being taken away from us,” Sarah Kirnon, a restaurant owner in Oakland, said of the latest shutdown.

It is not just an issue isolated to California, either. It is happening all across the country. With breakouts and hot spots popping up with increasing frequency, the IMF came out with a prediction on small and mid-sized businesses that reflected the frantic feeling among business owners. Without any government help, the IMF said, small business bankruptcies may triple by the end of the year.

“Bankruptcies for the firms could surge to 12%, from 4% before the pandemic,” a staff report from the IMF said on July 16.

It may be even worse for the service sector. The same report predicts an “increase of 20 percentage points in administration services, arts, entertainment and recreation.” While no area of the economy will go unaffected, the IMF predicts that essential services will experience the shallowest pitfall.

“More than one third of small businesses in Canada, South Korea, the U.K. and U.S. worry about viability or expect to close permanently within the next year,” the report stated.

For every person and businesses, a prolonged fight against the virus brings on different variations of the same theme. All are trying to survive, but not all have the same issues to face.

Lars Jacobson, a store owner in Idaho, said this second closure could be the proverbial nail in his convenience store’s coffin. His largest problem with a second shutdown will be a closed border with Canada. He said it would take away 90% of his business.

“We’re literally just trying to hold on,” Jacobson said. “Every month has really been devastating to us. We’re still bleeding red every single month. If this fails, it’s going to devastate us.”

A yoga instructor in California might have the most realistic take on the issue, even if it is not popular. Sonya Enchill simply thinks it is time to operate as if the pandemic will never go away. After all, she says, even after everything is open the effects on the economy and the consumer will still linger.

“Things [are not] going back to normal. This is a new era. Everyone is kind of back to the drawing board,” Enchill said.

Other states may not go as far as California in their respective rollbacks. In some capacity, though, the virus will hinder life in the U.S. into the foreseeable future. Small businesses are bracing for it, in all forms and fashions.