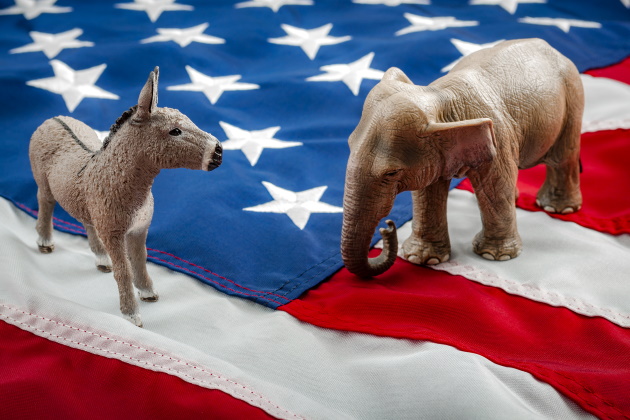 For months, Americans have been counting down to Election Day. Now that it’s within days, it’s time to talk about the day “after” the election. Some of your employees and customers are going to be really happy, and some are not.

But you still have a company to run, work to be done and products to sell. And you don’t need to deal with gloating, miserable or warring workers.

And what happens if there isn’t a decision on Election Day? With record turnout for early voting in many states, it’s likely that Election Day voting will also set records — and it could take some time to count all those votes, especially if the results are close. Don’t look for either of the candidates to concede, either.

It’s actually very unlikely that we will know the winner on Nov. 3 or even Nov. 4.

Even before the worldwide pandemic, Americans were starting to move away from Election Day voting, with 45.5% choosing either absentee or early voting in the 2016 election, according to the U.S. Election Assistance Commission. Mail-in ballots have to be opened, verified and fed into the tabulating machines, which can actually happen before Election Day in 32 states, but may not be completed by the end of Election Day. And in 23 states any ballot postmarked by Nov. 3 will still legally count even if they don’t arrive until after the election.

As we have learned the popular vote isn’t what elects the President, it’s the Electoral College, with each state having as many votes as its combined number of senators and representatives — 538 in all. In all but two states (Maine and Nebraska), whichever candidate wins the popular vote in the state is supposed to receive all of the state’s Electoral College votes. Electors in some states could go rogue and vote otherwise, however.

By federal law, the states have until Dec. 8 this year to appoint electors to the Electoral College, settle any challenges to the popular vote and certify a result. Electoral votes are to be cast and delivered to the vice president and other officials by Dec. 23. They will then be opened by the 117th Congress, which will officially declare a winner on Jan. 6.

There are also concerns about what will happen if one candidate, party or followers refuses to concede to the election results. In other words, some folks are worried that things could get ugly.

With possible unrest for the next few months, how do you keep politics from affecting your company environment?

To keep the peace, managers and employees need to set an example for their employees of tolerance for both sides and to be respectful of different political views.

All company employees should be required to keep political commentary out of any business-related communication.

Do not put political signs or literature on company property or allow employees to post them. This policy must be enforced equally for all members of the company.

Do not post politics on your own or company social media. Your employees, however, have the right to post their preferences on their own social media accounts.

Change the subject when political extremists sound off inside your business.

Do not advertise in political publications so that customers and employees do not interpret that as your preference for one party or candidate.

The United States has weathered other contentious elections and managed to survive for 244 years. Take a page from the nation’s playbook and take care to make sure your company survives as well.