How to accelerate the board meeting 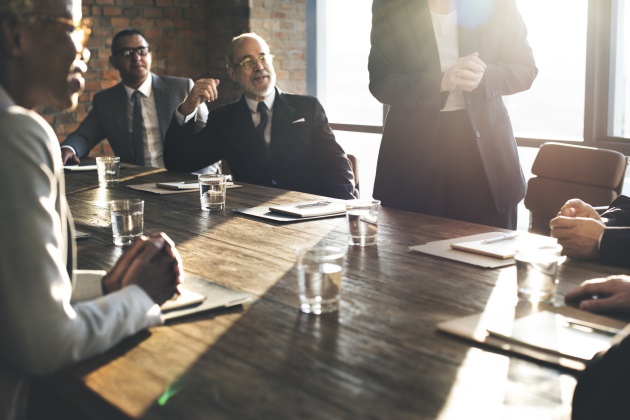 Board conversations can ramble. Motions are a way to accelerate the business at hand. This is especially important during times when governance is conducted remotely.

“My board members are unsure about making motions. When a recommendation is offered, you can hear crickets on the call. They should feel confident about properly moving along a discussion,” said an elected national chairwoman.

Every director should have working knowledge of rules of order. Rules facilitate more productive discussions and outcomes.

There are short guides for understanding meeting basics. Though association bylaws frequently prescribe a specific form of parliamentary procedure such as “Robert’s Rules of Order” or the “Standard Code of Parliamentary Procedure” by Sturgis. These books can be several hundred pages.

Association Options offers a free, two-page cheat sheet. It starts, “An efficient and well-run meeting is one where everyone feels valued and encouraged to contribute equally. Putting in place rules of order is the best way to ensure both progress and Board satisfaction.” It is available for download here.

Additional free charts and articles on meeting rules and procedure are available from Jim Slaughter at Black, Slaughter & Black, PA at www.jimslaughter.com.

Accelerating Business at the Meeting

Confident directors know how to transform an idea into a motion. This process transforms a conversation into action. Any director can take the step to summarize a conversation and make it definitive by offering a motion.

Without making a motion, discussions can wander, chasing squirrels up trees and down rabbit holes.

For example, a discussion may promote transforming the annual state conference to become regional with involvement of multiple states. Directors might suggest a favorite hotel, ways to rotate the meeting, ask about meals and volunteer to call their counterparts in nearby states.

But no action is official until it has been restated as a motion, seconded, and voted on by the board.

Three statements can accelerate a board discussion.

“I Want to Make a Motion”: After hearing a recommendation that seems worthy, a director should summarize the discussion as a short statement of action. For example, “I propose we explore expanding our convention to include multiple states, sharing the workload and profits, with implementation within 24 months.” A motion is a sentence or two that is recorded verbatim in the minutes.

Without transforming the conversation into a motion, the board never really reaches an understanding of the discussion. Later, you might hear, “I didn’t understand what we meant,” and “I never really said I was in favor of the idea.”

“I’ll Second That”: After an idea is stated as a motion, a “second” is necessary to open the discussion. If nobody seconds the motion, the discussion ends and the next item on the agenda is taken up.

“I Call the Question”: This is a statement by anyone at the board table who believes the debate or conversation should stop and a vote on the motion should be had. If the call to question fails, debate or discussion can continue. It’s a good way to kindly say, “I think we’ve discussed this enough.”

Board members who know how to use the three statements will help advance the agenda. Many directors fear making a motion or appearing they favor the idea.

Some volunteers proclaim, “I won’t say anything until I learn the ropes.” Understanding motions and rules of order are the basics of good governance.