How the e-commerce boom is transforming warehouses 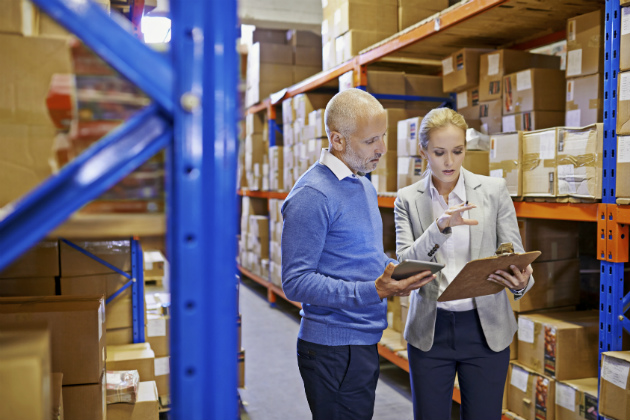 Warehouses are the large, often nondescript structures where goods are stored, packed, tagged and distributed to destinations around the globe. While they already play an important role in any supply chain, today these facilities are undergoing major changes in both their dimensions and complexity.

Experts say one reason for the change is the rapid rise of e-commerce retail sales. In fact, according to the U.S. Census, e-commerce today makes up 12% of retail sales and is growing 15 to 20% every year.

As e-commerce retail sales continue to grow, the need for warehouses and fulfillment centers that meet the needs of online retailers and brick-and-mortar stores is also rising, says James Breeze, senior director and global head of industrial and logistics research at CBRE Group Inc.

“E-commerce has been the largest disruptor for warehouse distribution design on record,” says Breeze. “Distribution centers have grown in size, clear height and added amenities based on the larger employee counts that are needed for e-commerce fulfillment centers.”

Moreover, another CBRE report says that in 2019, e-commerce companies, along with third-party logistics (3PL) companies, represented about 52% of that year’s 100 largest warehouse leases by square footage. E-commerce and 3PLs also accounted for 45 million square feet of warehouse space with an average of 598,000 to 2.5 million square feet in size.

The online retail site Amazon is one example. It recently announced plans to build a new 1 million square-foot warehouse in Newnan, Georgia, just outside of Atlanta.

And in Shafter, California, work is underway to construct a nearly 630,000-square-foot warehouse, distribution center and cold storage unit for Walmart.

But even as the e-commerce industry is demanding large warehouses, it is also opting for smaller warehouses near urban centers. In the last five years, rents for warehouses between 70,000 and 120,000 square feet jumped by more than 33% at an average cost of $6.67 per square feet, CBRE says.

As more online shoppers demand faster deliveries, property developers are scrambling to construct warehouse facilities that are closer to population centers to meet e-commerce retailers’ desire to speed up their “last-mile” delivery times for their customers.

The problem, says Breeze, is the lack of available land in existing major urban areas to build warehouses.

“The largest increases in distribution demand are occurring in regions with growing populations,” says Breeze, “especially in the southwest and southeast parts of the country. In these regions, there’s an abundance of land to build. However, there’s also demand to service existing large population centers and in many cases finding suitable options are difficult.

“In these circumstances,” says Breeze, “occupiers are using an omni-channel approach where different methods work in different markets. In some markets, leasing an older building is the best option. In some, hiring a 3PL. In some, utilizing existing brick and mortar retail locations are the best option.”

“The top features include adding doors for easier flow of goods and parking for higher employee counts.” Breeze says. “In a few cases we’re starting to see roof raising for higher clear heights.”

In the 1960s, the average warehouse was 24 feet in height. Today, it is around 33 feet. E-commerce retailers are demanding warehouse structures with higher ceilings and even spaces several stories high.

One company, Prologis Inc., a logistics real estate investment trust, announced in 2018 that it had built a three-story warehouse in Seattle. Among the features listed for the 590,000 square foot facility are the ramps where semi-trucks can drive up to the building’s second floor loading doors. The facility’s third level is space for light manufacturing and other operations.

Many e-commerce warehouses today are relying less on the traditional forklift and more on high-tech solutions like Automated Storage and Retrieval Systems (ASRS) to pick up and deliver merchandise in and out of storage with greater efficiency and speed and requiring less space to operate.

In the food and beverage industry, the rising popularity of meal delivery services has boosted the need for warehouses with cold storage spaces to hold fresh produce and other food items, says CBRE’s “Food on Demand Series” report.