How much inequality is enough? 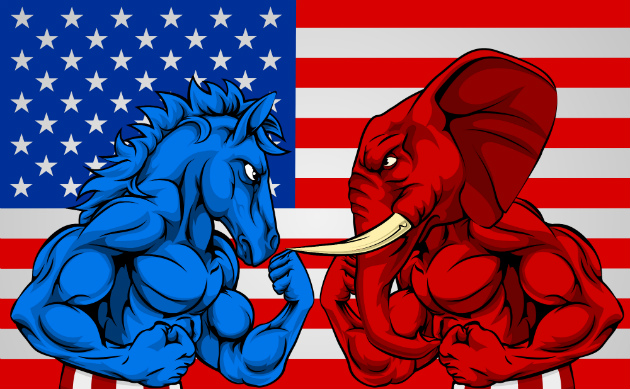 Eighteenth century French moralist Joseph de Maistre observed, “Every nation gets the government it deserves.” What he meant is that in a democracy, to some very considerable extent, the shape of the government is determined by the people. The same can be said for economic inequality. In this country, how much inequality is enough?

Social and political movements and actors can make it difficult to achieve the balance of equality/inequality that a majority of the people want. It’s regularly noted by commentators on the left, for instance, that the political agenda in this country has been hijacked by moneyed interests, implying or asserting that the increase in inequality since Ronald Reagan’s election doesn’t represent the will of the people at all.

The very recent and sudden shift in Joe Biden’s platform suggests otherwise. Achieving the perfect balance may be difficult but getting the balance in the general area of what a majority want, which has shifted substantially in the months following the onset of the current pandemic, seems not only achievable, but an imperative for political survival.

Biden’s pitch in the primaries was for “a return to normalcy.” But as unemployment has accelerated with unprecedented speed and as economic distress among so many citizens has become apparent in crowded food bank lines, unemployment statistics and elsewhere, Biden’s focus has shifted.

In the third week of April, it shifted dramatically. Biden is no longer advocating normalcy, but disruption. Why? As The New York Times noted in a thoughtful article on that shift, it’s a reaction to the national mood, which “risks turning to overwhelming anger as economic pain builds.” Biden’s platform agenda has shifted because an increasing number of Democrats — and conceivably of Americans — are demanding it.

A Very Brief History of Income Inequality in the U.S.

A survey of inequality published a few years ago in Forbes, a respected conservative-leaning journal, noted an increasing shift in economic inequality beginning in 1968. Until then, argues Forbes’ economic journalist Louis Woodhill, most Americans, regardless of class, participated in “rapid income growth.” Following that was a period of economic stagnation — rich or poor, no one’s income increased dramatically. Then, a few years later, the deluge.

Documented by research by The Urban Institute (and confirmed by many, both left and right), from the late ‘60s onward, families on the bottom of wealth distribution charts began losing ground. The losses accelerated until by the early ‘90s, the midpoint point of an asymptotic upward curve in wealth distribution, the rich got richer at an increasingly rapid pace and the poorest sank further and further into debt.

The Complex Reasons Why This Happened Boil Down to “Just Because”

Getting into the details of this history of rising U.S. inequality isn’t merely a book — it’s a multivolume socioeconomic history of our entire country. I’ll not begin to attempt it here. But, looking at the phenomenon in overview, and keeping in mind that only politicians who listen to the people and follow their will get and remain elected, the underlying reason is pretty simple: this wasn’t an oligarchic takeover nearly as much as it was simply what Americans wanted.

No doubt, racial distrust and animosities going back to the Civil War had something to do with it. Symptomatically, Americans feared (black) “welfare queens” would take advantage of the system. Many Americans are locked in a zero-sum racial contest where whatever “they” want reduces what “we” get.

Americans also distrusted (and still distrust) their government. Long before Trump’s presidency, less than 20% of Americans believed their government could be trusted. Therefore, the kind of regulation (anti-trust legislation, for instance) that characterized earlier downturns remained unpopular. As Ronald Reagan famously proclaimed in his 1981 inaugural speech, “Government is not the solution to our problems; government is the problem.” Americans preferred rising inequality to potentially mishandled regulation by their federal government.

Our love of liberty also translates almost effortlessly into a virile distrust of any kind of regulation — as evidenced in tragi-comic protests against mask-wearing during the current coronavirus pandemic. The shortest answer to why inequality in this country has increased so dramatically in the past half-century is simply that, for a majority of Americans, it was the best available alternative.

Where Do We Go From Here?

Joe Biden’s very recent and relatively abrupt shift leftward indicates that he and a majority of the power-brokers in the Democratic Party believe that Americans have had all the inequality they can stand — that at this point, the extremity of economic distress will motivate Americans to demand that inequality decreases — which can almost certainly only happen through sharply increased federal government regulation.In the present crisis, Biden and others apparently believe, the urgency of economic need will trump their distrust of government.

But this outcome is by no means certain. Many Americans, and not just the rich, continue to believe that “even if inequality were growing as fast as critics claim, it would not necessarily be a problem.”For them, “most rich people got that way by providing us with goods and services that improve our lives.” These quotes in favor of continued economic inequality come from an article published by the conservative Cato Institute may seem shocking to some.

Nevertheless, and keeping in mind that “every nation gets the government it deserves,” which is to say the government it wants, Republicans, not Democrats, narrowly prevailed in the last election. Keep in mind as well, that after a year of indecision and mixed disapproval, a majority of Americans have come to support the 2017 GOP tax law where the greatest benefits accrued to the wealthiest Americans and — yes — increased inequality.

Have we had all the inequality we can stand, or merely achieved the measure of inequality that a majority of Americans want? The forthcoming November presidential election will provide an answer.