How leaders can stop loneliness and create community at work 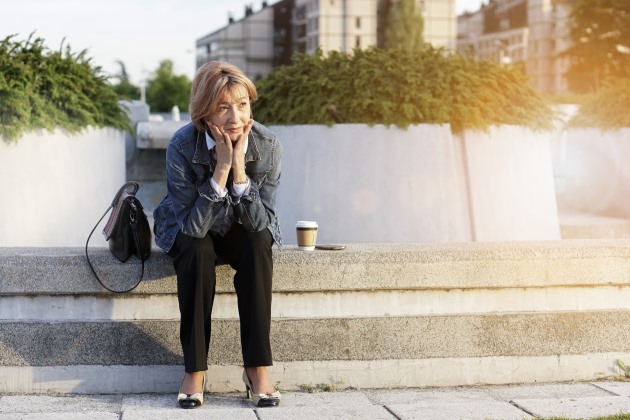 According to an article in Scientific American, loneliness in the U.S. and other parts of the world has reached epidemic proportions. Former Surgeon General Vivek Murthy said that loneliness is a significant health issue and has the potential to shorten a person’s life by 15 years.

I always say that no matter how long people are at work, we all have a need to feel part of something greater than ourselves. We need to have a sense of belonging and to feel like what we do in our jobs contributes to the success of the organization.

We need to know that our work matters and we are part of a community at work. This means that as leaders you have the opportunity to create that sense of community that will not only be good for your organization but will also bring joy, meaning and connection to your employees or association members.

Creating community needs to be intentional. It doesn’t just happen. Creating community and helping leaders do the same in their organizations has always been the foundation of my work. I love interviewing other community builders about their best practices and what they’ve learned as they help their employees, association members and people in their community be more effective together.

One such person I’m fortunate to have gotten to know is David Marquet, the author of the book “Turn The Ship Around! A True Story of Turning Followers Into Leaders.” A captain in the Navy, David was assigned to lead the USS Santa Fe, the worst performing submarine in the Navy. By creating a community of leaders instead of a crew of followers, he was able to transform the USS Santa from being “the worst to the first” performing submarine in the Navy with the highest retention rate.

By implementing his “intentional leadership” strategy, he created community and empowered his crew to work together and “own” the success of the ship. Rather than lead from the top down, he supported his team and enabled them to make their own decisions.

“I knew that by doing what it took to make everyone feel like they were included, and part of something bigger than themselves, they would be more engaged and motivated to contribute fully. The more engaged they were as a community, the happier and healthier each person would be,” Marquet said. “One of the most important practices for helping people feel part of a community,” he told me “is to truly listen and ask questions, particularly when they are upset.

“I had to learn to encourage different ideas, even if I thought my way was better. There were times when I had to check my impulse to insist on doing something my way. I would say, let’s try your idea for an hour. If it works great and if not, we’ll do it another way. You have to give people their dignity and make it ok for them to make mistakes. It doesn’t matter whether it’s a ship, business or any other organization a good leader takes the time to help people feel connected to each other, to understand and be part of the mission and to make it easy for everyone to be leaders.”

Try these best practices in intentional leadership from David Marquet.

1. Intentionally change your perspective. Imagine yourself at all levels of your organization. What would someone in that position or at that level consider fair? What you consider fair in your position may be perceived as unfair by people not in leadership.

2. Take risks on your people. Learn and practice giving up control and stop micromanaging. Start with small decisions and work your way up. You’ll start creating a community of trust with your employees. They’ll be more comfortable sharing ideas that benefit the organization.

3. Instead of thinking and saying “they,” use the word “we.” Create a common culture.

When employees feel alone, disconnected and invisible, it’s easy for them to drop out of your organization. They either stay and stop contributing, or they leave. In either case their talents are wasted. By creating community and connection in your organization, you help people find joy, they have a reason to wake up and come to work and they take that joy and purpose to other parts of their life.

Loneliness is an epidemic and is contagious when it becomes the norm, but it doesn’t have to be. The kindness, empathy and extra effort you put in to bringing your employees together and acknowledging them at every level can not only have a profound effect on the organization but in every other area of their lives.