How leaders can make meetings more effective by building resilience 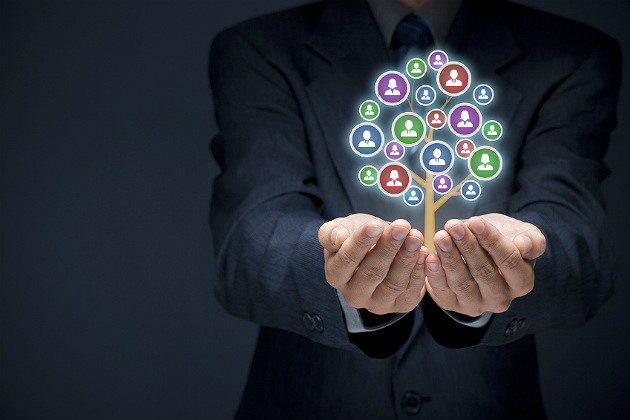 This article was originally published at RealLeaders.

The breadth of change for leaders and their teams during the global pandemic has been dramatic: what we’re doing, how we’re working, when, and of course, where. During my hundreds of hours of coaching this past year, I’ve watched executives adopt significantly new and different routines and gain confidence over time.

Broadly speaking, many challenges have been met. But I’ve also found that success in adapting as team leaders in these times has much to do with the leaders’ ability to shore up their own and their teams’ emotional and psychological reserves — to build resiliency.

Building resiliency includes viewing leadership as an experience instead of a role. Leaders consider their impact in each conversation, relationship, and meeting. What makes an experience satisfying will depend, in part, on the individual. But in these challenging times, reducing stress and overwhelm is critical to help teams focus and stay productive.

Given the preponderance of meetings leaders and teams are facing lately, here are four ways leaders can create satisfying experiences and build everyone’s resilience — including their own:

Create agendas with a beginning, middle and end.

Since working today often means there are no longer informal buffers between meetings, such as chats in the hallways or brief stops in a colleague’s office, leaders need to allocate some meeting time for mental, psychological and/or emotional transitions. Not unlike closing one’s computer apps after use so that the operating system doesn’t crash, humans need to “close” and then “open” too. The benefit is a team that is more present and more effective.

Help people bring their whole self into the room.

With video meetings often strung one after another, people tend to come into each meeting still processing the feelings, decisions, and implications that just happened in the meeting before. Leaders can help people close on their last experience by asking each person to check in and share their lingering thoughts and feelings before diving into the work at hand. Try these questions:

What is sticking with you from our last meeting and why?

Is there anything you need to say or do so that you can be fully present in this meeting?

Then, to help each person bring their whole self into the room and turn to the collective needs of the group, ask, for instance:

What do you most want from today’s meeting?

As a team, what do we collectively need to pay attention to as we begin?

What is one wish and/or one concern about today’s meeting?

To assess the emotional tenor of the room, build rapport, or lift energy levels, leaders can ask:

How are you feeling as we begin this meeting?

What’s the best thing that happened to you today? How can you stay with it in this meeting?

Conclude the meeting with a check out.

A check out at the end of each meeting is highly useful to reveal unspoken assumptions and feelings about what just happened. It’s a powerful tool for helping others make sense of their experiences and the experiences of others, which is a way to support closure for each person before their next task. It’s also a perfect opportunity for teams to provide feedback for each other. Examples of check-outs include:

What was the most important aspect of this meeting for you?

How do you feel as we end this meeting?

What did we achieve as a team, and what’s left to discuss for next time?

Is there anything about our process you would like to see different in our next meeting?

Leaders need not respond to each comment or person. The goal is to give each person a space to share, process feeling and thoughts, and build trust by listening carefully and creating a safe environment. Let the statements stand on their own, or ask the team what they noticed about what was said — allowing them to make sense of the groups’ needs.

During meetings, consider when to switch from task to process, and back again.

One of the most powerful aspects of being a team leader is the ability to influence the meeting’s progress. The importance of determining how much time should allocated to a topic in the moment cannot be overstated.

This is especially true in online environments, where it can be more challenging to bring unspoken feelings to the surface. When there is no safe opportunity to share, concerns stay covert, resulting in private chats between colleagues and a team that lacks cohesion.

Leaders have learned a lot about resilience during the last year. Their ability to create experiences that take into account psychological processes will further build resilience in both themselves and their teams. And with more change on the horizon in 2021, leaders can take deliberate steps to do so — starting at their very next meeting.

Lisa J. Koss is the co-founder and a partner at Ontos Global. She has 25 years’ experience in global leadership, team development, talent management, executive coaching and design and organizational change initiatives. Her proprietary coaching model has been taught in 9 different languages across the globe. Her clients include Kaiser Permanente, ITT, Xylem, British Petroleum, Honeywell, Hewlett Packard, General Electric, Ernst & Young, and many more. She lives in the San Francisco Bay Area in California. Her new book is Leading for Learning: How Managers Can Get Business Results through Developmental Coaching and Inspire Deep Employee Commitment. Learn more at ontosglobal.com/team/lisa-koss.