How has COVID-19 affected crime? 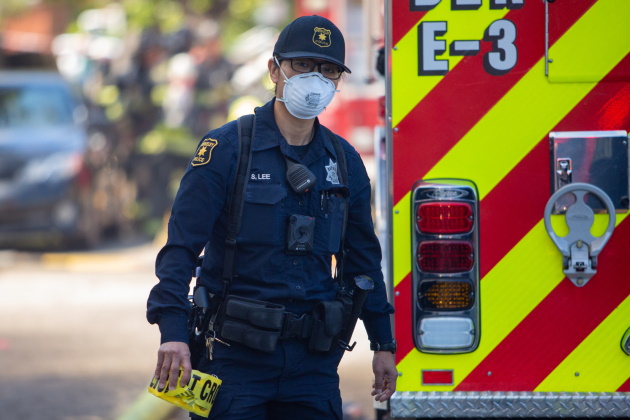 Crime rates are declining in 2020 — thanks to COVID-19. Or at least that’s what we thought.

Violent crime and property crime rates did indeed fall during the first months of the pandemic, according to the FBI. The preliminary data show that rapes dropped 17.8% and murders fell 14.8% from a year earlier, during the first six months of the year. Non-violent thefts and larceny fell by slightly more, while violent robbery decreased 7.1%. However, the report does not categorically state that the period covered by the data coincides with COVID-19 quarantines and social distancing rules.

The data, however, show that arson cases have grown during this time. There has been a 52% rise in large cities and a 28% rise in the West. Overall, violent crime increased in the South by 2.5% compared to 2019 but fell in the Northeast, West, and the Midwest.

The Los Angeles Police Department has a different perspective, however. It has witnessed an increase in gun violence and killings in the city during the pandemic. The increase comes despite a 5.6% overall drop in violent crime.

COVID-19 has adversely impacted businesses, leading to economic despair. Communities are on edge. People are suffering from more stress and depression than before. These, in turn, have led to the rise of violent crimes. LAPD’s police chief announced that the department is viewing these anomalies as a top priority and have begun implementing changes to address it.

Similarly, in New York, gun violence has surged during the summer. The number of shooting victims has jumped by 77.5%. July stats show shootings in NYC have increased by 66.8% year-over-year. Sadly, the Fourth of July weekend saw more than 500 were wounded by gun violence. Nationwide, there have been more than 22,000 deaths by gun violence and over 19,000 injuries.

Some research suggests that the increase in gun sales may have a direct correlation with these crimes. A whopping 64% more guns were sold in the U.S. between March and May. This is over 2 million more guns than were sold during the same months in previous years.

The numbers are equally disturbing in Chicago. A report by WLS-TV states that the 37% spike in murders in Chicago far outpaces the 14.8% average increase nationwide.

Another report released by the University of Pennsylvania shows that crimes dropped an average of 23% across the 25 cities being monitored.

Highlights of the report:

The quarantine has created other criminal activities, the primary one being civil disobedience. This has manifested itself in the refusal to wear masks or stay at home despite state and city restrictions.

Online shopping has seen a boom, but so has package theft. Others include speeding and more cases related to the opioid epidemic. It is horrifying to see the increased assault on law enforcement officers and medical workers (usually through coughing, sneezing, or spitting).

Other crimes that have continued and perhaps increased during the pandemic include burglaries of commercial businesses left vacant, vehicle thefts, price gouging, and financial scams. Hate crimes are on the rise across the nation, especially against Asian Americans and Pacific Islanders.

Another disturbing effect of the pandemic has been a spike in domestic and family violence. The police making fewer rounds on the streets or lesser 911 responses have perhaps emboldened abusers.