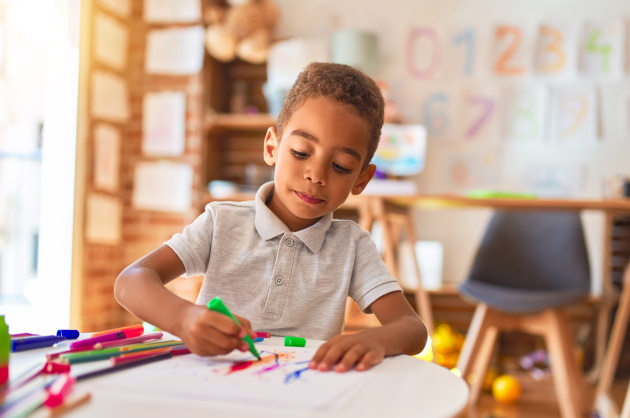 Creating safe spaces for youth, in particular boys and young men, to express what they’re going through and heal from trauma is one of Chad Reed’s overriding objectives. His personal history and work with nonprofits serving youth of color in the San Francisco Bay Area has made him a strong advocate for social-emotional learning (SEL), which he believes is a must before academic subject matter.

While developing the soft skills reflected in CASEL’s five competencies (self-awareness, self-management, social awareness, relationship skills and responsible decision-making) can be challenging for all students, one's gender, socio-economic level and cultural background can shape how readily a student can integrate this learning.

Reaching boys inside and outside the classroom

Reed talks about how much impact therapy and healing circles have had on the ability of the young men of color he’s worked with at Oakland Outreach Center to talk about what’s going on in their lives. Surrounded by others who both care and have been through similar experiences, eventually they started expressing the emotions and pain behind their experiences, some as traumatic as seeing friends shot or living with severe addiction in their homes.

He is quick to clarify that males in general, regardless of race, have not been encouraged to express certain emotions or feelings.

Studies confirm that starting at infancy mothers and fathers talk to their children differently depending on gender. Later in childhood boys are encouraged to problem solve whereas girls taught a wider range of vocabulary to describe their emotions.

Although researchers acknowledge a slow overall shift in how boys and girls are brought up, these changes are slow, and even nonexistent in some communities where clearly defined gender roles still dictate what’s normal and permissible.

Another issue noted by Josh Brown, a Los Angeles middle school special education teacher, in an EdSource article is that many boys grow up no strong male role model at home — nor at school. According to 2019 data from the Bureau of Labor Statistics, men make up less than 3% of the nation’s preschool and kindergarten teachers and 20% in primary and middle school.

“This gender disparity in the teaching profession is unfortunate because it is critically important for young boys to see positive male role models in their lives,” says Brown. “Qualities that make a great teacher, like patience and sympathy, are not typically associated with men.”

He adds that male teachers modeling such traits in front of the classroom can positively influence the emotional and ethical development of students, especially boys.

Based on a body of research showing that having teachers with a common background helps build student confidence, there are efforts to diversify the teaching force. In New York City where male students of color comprise 43% of NYC’s public school demographic, while only 8.3% of the entire teacher workforce is made up of Black, Latino and Asian men, an initiative headed by NYC Men Teach is recruiting more male teachers of color into the city’s public education system.

In a class discussion between five boys and a Black teacher featured on a WNYC-TV news report, the students agreed that, regardless of race or gender, what matters most to them is personal rapport and concluded that empathy goes a long way.

Brown illustrates the power of empathy with a story about a 12-year-old boy with whom he had a tumultuous relationship much of the school year. By mid-spring semester, they'd developed a positive rapport and the boy began revealing more details about his personal life, eventually sharing that he had frequent court dates related to a custody battle. Brown realized that these dates coincided with the boy’s most difficult days in the classroom.

“From that point forward, I paid closer attention to his social-emotional needs, and made it a point to be especially patient and empathetic with him,” says Brown.