How COVID-19 is affecting the world’s airports 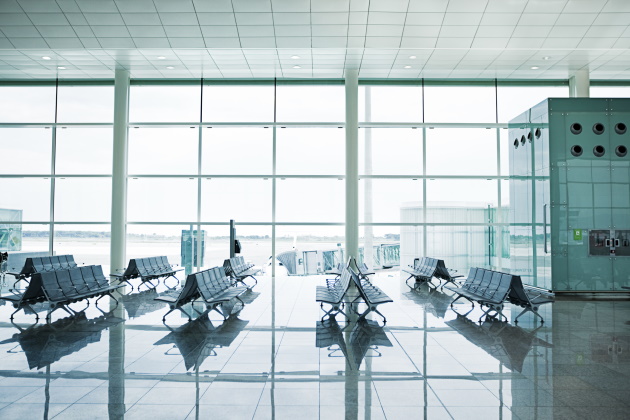 The COVID-19 pandemic is causing an unprecedented attack on air travel around the world, leaving airports, airlines and travelers exposed to a period of uncertainty that is difficult to prepare for.

The outbreak began in China and spread throughout the countries of Asia, affecting many of the world’s biggest hub airports.

Now a few months down the line, the effect is already being felt. Passengers at Singapore Changi Airport in February were down 32.8% on last year.

It is a similar story across China. Flightradar24, the global flight tracking website, reports air traffic at China’s major airports are down 80% since the beginning of the year, thanks largely to airlines cancelling schedules and countries banning travel from China.

Airports outside of Asia have been accused of being slow to react to the outbreak and put in place measures to address the risk. Many measures now put in place are only for a relatively short period of as little as two weeks in some cases, implying there is still a (perhaps naïve) belief this will blow over quickly.

President Trump on March 11 announced a ban on all travel from the 26 countries in the European Schengen zone, excluding U.S. citizens and those travelling from the UK and Ireland. This is in addition to existing bans on travelers who have visited China and Iran. It has led to much confusion among airports and airlines over the future of flights.

Thomas Woldbye, CEO of Copenhagen Airport said, “This is something we’ve never seen before. The situation is developing much faster and more dramatically than what happened during the financial crisis, after 9/11, the ash cloud and any other event that has impacted on aviation since the Second World War.”

All airports, big and small, are trying to adhere to official guidelines on how to protect passengers from the risk of coronavirus. Hand sanitizers are being dispersed widely, and surfaces wiped down regularly. Staff coming into contact with passengers are also being handed masks and protection.

Many airports are also putting contingencies in place should a plane arrive with a sick passenger. Designated holding areas and facilities for testing can keep the risk of spreading the virus to a minimum.

Airports in Dubai have introduced dedicated screening for passengers arriving from at-risk countries, as well as nasal swabbing.

In Italy, Europe’s worst-affected country, a decision has been made to close down Rome’s secondary Ciampino airport, as well as Terminal 1 at the main Fiumicino airport until “the current state of emergency is over.”

China, however, believes the worst might be over and has already seen a reduction in the number of new cases. A return to growth in air travel through its airports may come soon.

In a region already affected by the severe acute respiratory syndrome (SARS) virus in recent memory, the country and its airports can begin to reflect on what worked and what, most importantly, didn’t work.

With many airports routinely checking passengers’ temperatures and asking about where their travel has taken them from and to, it seems most cases continued to slip through regardless and the disease continued to spread.

Airports can perhaps learn from this and put in place more effective means at controlling the spread and keeping passengers safe.

Inevitably, this is going to be a challenging time for the world’s airports. In the U.K., regional carrier Flybe was quick to succumb to the downturn in bookings as a result of COVID-19, ceasing flying on March 5. With many other carriers reducing schedules, parking planes and laying off staff, it seems likely more will fail to see it through.

As a result, airports which rely on these airlines and their passengers may also struggle to survive. Scenes of empty airport terminals and quiet lines for check-in and security reveal the reality of this crisis. It remains to be seen how long the downturn will last, what further measures need to be put in place, and what support governments will have to offer to ensure airports make it through.