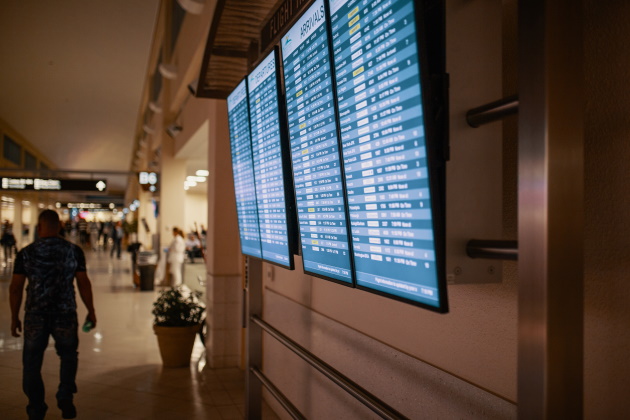 A new report has shed light on the effect COVID-19 has had on the world’s busiest airports, outlining the drop in passenger figures handled so far in 2020. It sheds light on the enormous job airports have on their hands in rebuilding their former stature, and how we may see a permanent shift in global airport rankings.

The World Airport Traffic Report by Airports Council International (ACI) lists the top 10 busiest airports in the world in 2019. To highlight the changes being experienced this year, its summary also lists the percentage difference in passenger numbers seen in the first half of 2020.

In terms of take-offs and landings, Chicago O’Hare International was on top with over 919,000 aircraft movements in 2019.

In fact, during the height of the COVID-19 pandemic so far, some unexpected airports have become the world’s busiest. These include Dallas-Fort Worth (DFW), which topped the rankings in May, having lost less than half of its passengers in the ACI figures.

The consensus among leading experts and air travel organizations is that air travel will not return to 2019 levels until at least 2024.

In fact, last month IATA gave a forecast that full-year traffic in 2020 will be down 66% on 2019 — 3% worse than the previous prediction following disappointing passenger figures for August, which is traditionally the busiest travel period in the Northern Hemisphere. This was a result of renewed government restrictions in many countries.

“From a period of sustained global growth in 2019, the aviation industry now faces the worst crisis we have ever confronted with huge declines in passenger traffic and revenues due to the impact of the COVID-19 pandemic,” ACI World Director General Luis Felipe de Oliveira said.

Last year some 9.1 billion people travelled by air. ACI predicts only 4.5 billion will do so this year.

If the widespread changes in business and working practices seen as a result of coronavirus continue — like home working and conducting meetings over video conference — demand is likely to wane significantly among business travelers. This will in turn affect airports as airlines cut schedules on some of their busier trunk routes.

This will also have a significant impact on airport revenues and their ability to operate as they once did. So, will we see the same airports dominating in the future?

American Airlines CEO Doug Parker said during an investors conference: “There’s one thing which we can say without question is that coming out of this, DFW and Charlotte will remain two of the three biggest hubs on earth.”

While the rankings may flip around slightly, it seems unlikely that an underdog will take over in the long term, or that the traditional hub system will change any time soon. Parker commented, “Having big hubs is going to be as important as ever, no matter what might happen with demand."

These large facilities may halt expansion projects and lose schedules, but they are in the best position to weather the storm alongside their main airline partners and are likely to be at the forefront of introducing measures to keep passengers safe while travelling.