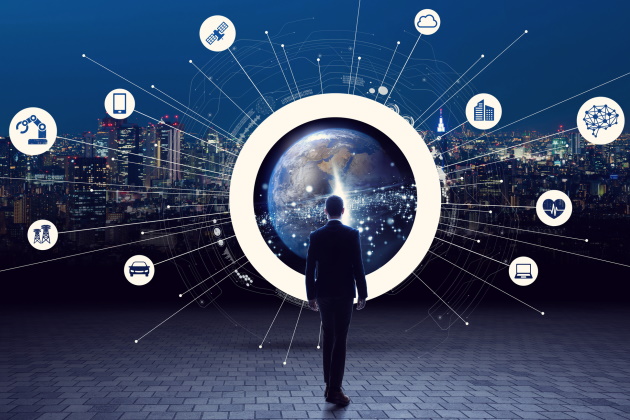 The past year has seen an incredible amount of innovation in virtually every aspect of society, as responses to COVID-19 reshape everything we do. And in almost every instance, the importance of interconnected technology and communications capabilities have stood out as being vitally important, which is why so-called “smart city” projects are getting a lot of attention right now.

Smart city initiatives place a heavy emphasis on the Internet of Things (IoT) and its potential for transforming society for the better. The list of possible applications includes tracking new disease outbreaks, minimizing transmission risks in hospitals and nursing homes, improving air quality and filtration, and monitoring general sanitation in buildings and on public transit. If all of this sounds familiar, it’s because it’s basically a greatest hits record of ways to battle COVID and prevent future pandemics.

Smart city technology stands to benefit the majority of the world’s population. Fifty-five percent of the world’s population live in urban areas, and that number is expected to increase steadily in the foreseeable future. Integrating artificial intelligence into everyday city life will change the way a huge number of people work and live, as well as how the cities themselves are structured and navigated.

An urban revolution driven by technology

There’s obviously a lot of human brain power at work in city planning and improvements, but the “smart” in “smart city” really refers to the contributions from AI and machine learning algorithms — particularly their ability to connect the dots between a number of disparate data sources in order to provide unique insights.

A smart city solution for improving traffic flow, for example, would link together data about road use, public transit, and existing traffic control systems, using a combination of sensors, IoT technology, and AI. With this data, a city could automate traffic lights, improve bus and light rail schedules, and otherwise alleviate gridlock and reduce crowds to promote social distancing. Improving traffic flow will also make an immediate difference for first responders and emergency services.

Similarly, blending data from hospitals and healthcare providers will allow cities to better manage patient loads, PPE distribution, and the other issues that plagued urban healthcare in the early days of the pandemic. It will also make localized lockdowns easier to institute, allowing cities to “stamp out fires” as they continue to get the pandemic fully under control.

Smart for people, smart for the planet

It’s worth noting that many of the benefits of these smart city solutions will also reduce CO2 emissions and pollution in general, playing an important part in the ongoing battle against climate change. For example, Paris, Bogotá, and other cities took advantage of newly reduced traffic patterns to create temporary cycleways using pre-existing car lanes. Using smart city technology to improve traffic flow could make such cycleways a permanent feature of major metropolitan areas.

Similarly, using real-time traffic data will allow smart cities to convert streets into bike or pedestrian-only zones during low traffic times. Encouraging citizens to bike or walk will not only help the environment, it will help keep the population healthy and active. Urban areas already have lower obesity rates than rural areas, and this should help push that trend even further. Obesity rates correlate with diabetes, heart disease, some cancers, and more, meaning that a walkable smart city is good for public health. This could even help mitigate the risk of future pandemic outbreaks, as healthier individuals tend to have stronger immune responses.

Smart cities aren’t a pie-in-the-sky idea: they’re happening right now. And the changes are coming sooner than you might think. It’s difficult to find silver linings in the ongoing pandemic, but one of the few positive outcomes has been an acceleration of wide-scale technological change.

The most obvious one is how COVID has acted like a catalyst for remote work, with many companies deciding to reduce their physical office space drastically or do away with it altogether. By forcing companies to adapt, the pandemic has acted like a green light for trying ambitious solutions, and smart cities are blossoming as a result.

Of course, no solution is perfect. Smart cities include plenty of concerns about data privacy and personal freedoms when there are cameras and sensors everywhere. These concerns are legitimate, but they are already being addressed both through government legislation and corporate initiatives. Europe’s GDPR laws governing data privacy on the internet serve as the go-to example here, but California recently enacted state-level data protections and it is a safe bet that more regulations will appear as data privacy continues to become part of the public consciousness.

Regardless, the city of the future is full of promise. By connecting data and leveraging advanced AI, it will enable dynamic changes for those who live and work in urban spaces, which represents a majority of the world’s population. But it’s the ripple effects of these changes, especially in terms of environmental impact, that are all but guaranteed to benefit the entire planet.

Kevin Grauman is CEO of QLess, a pioneer in virtual lines and digital crowd management. He was named as one of the 100 Superstars of HR Outsourcing in the USA by HRO Today magazine and is also the recipient of the Ernst & Young Entrepreneur of the Year award. Kevin regularly provides expert business insights to the U.S. venture capital community and is regularly sought by media, pundits, analysts and business owners for his counsel on all things startup- and human capital-related.