How company complaints can guide your organization’s growth 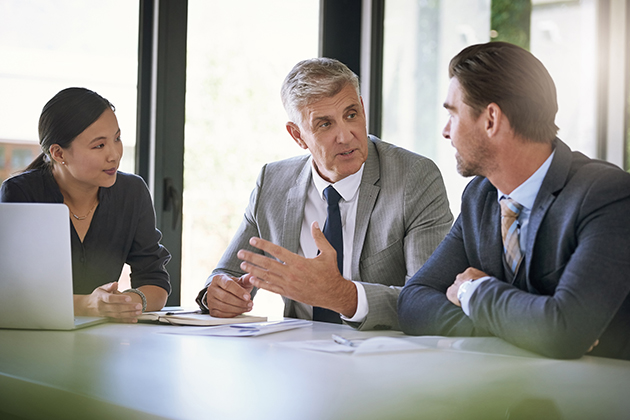 Maybe it’s human nature to complain. Don’t we all have moments when we gripe or openly voice our frustration? And, if we’re being honest, wouldn’t we all agree that venting feels good? It’s a release of stress, anxiety, frustration, fear, etc.

The problem is we also view complaining as counterproductive to progress. Maybe it is. But have you ever considered that there is an upside to complaining?

Consider this: When we complain, we are often viewing a situation from the lens of experience. Perhaps we are noticing factors that led to a negative incident in the past, and we’re feeling anxious that the same thing will occur again. As we imagine similar outcomes happening in the current situation, we are confronted with those same emotions, which causes us to complain.

Given this understanding, one might see the act of complaining isn’t unreasonable, but rather a trigger that identifies when something is wrong, thus causing us to consider it more closely. The problem instead is that complaints are fruitless — unless they are coupled with taking action. Engaging with that heightened awareness in a thoughtful and strategic manner can lead to positive outcomes.

For example, if someone is complaining about work processes or technical issues, it might indeed point to a legitimate issue that needs to be addressed. This person has most likely learned that the work method can disrupt progress or information flow, something they feel the need to communicate to others.

What About Complaints About People?

Complaints about people might also have their place, though this can get tricky or gossipy if we aren’t careful and intentional about the reason for our complaint. Maybe someone is complaining about another person’s work style, behavior, or attitude. In my experience, often when someone has a complaint about another person, they’ve dealt with that person, or a person who exhibited similar behaviors, in the past. More to the point, they’ve learned that they work best with those whose work style or approach is different.

When it comes to complaints about people, the most appropriate way to deal with it is to bring the concerns directly to that other person in a private and nonjudgmental conversation. Respectfully sharing your concerns and communicating openly to determine a better way to work together is essential to positive change. The moment you sidestep this effort and bring the complaint to others, rather than to the person directly, it’s gossip. Not only will you be unable to affect any tangible change with whom you have the issue, but it also further demonstrates to other people that you are lacking in professionalism and, worse-still, perhaps aren’t very trustworthy.

While many shudder the thought (and will sooner gossip or avoid having a direct conversation), sharing the complaint (concern) directly with the person causing your discomfort will frequently lead to a constructive conversation. Understandably, this is more difficult when it is not a peer or direct report. But, bringing your concerns directly to the person involved allows both parties to build a stronger relationship and gain a better understanding of how to work well together. Commonly, it involves engaging in the offering of feedback to the co-worker or employee and enables both parties to grow and understand each other’s needs.

Narrowing In On The Positive Aspects Of Complaining

I believe complaining (at least within one’s own thoughts) is unavoidable. But, though it comes from discomfort, it can also be a valuable tool for growth, both personally and organizationally. From my perspective, when paired with open conversation and a mindset prepared to pursue change and fix the problem, complaining can lead to several positive outcomes. Consider:

1. Complaining informs others you want better, or at least something different. Complaints (packaged appropriately!) can open the doors on important conversations that ignite change and make things better or more efficient for all parties involved.

2. Complaining tells your organization that you are invested. We wouldn’t be affected to the point of complaining if we didn’t care about the future of the company and the team.

3. Complaining lets others know you have different ideas and visions of what is possible. When valid complaints are spoken, they create room for growth, innovation and pivots that could benefit the future of the business.

Remember, pairing complaints with ideas and action is the only way to make a positive difference in the long run. Complaints by themselves create bigger problems, hurt feelings and damaged relationships. We all have opportunities to complain and bring about ideas for how to make things better, so use your voice and your complaints wisely, and bring about positive change.