How blockchain works in the food industry 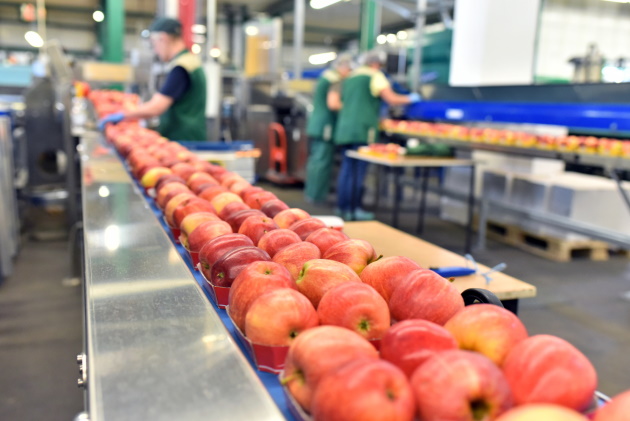 While blockchain technology is usually associated with bitcoin and other cryptocurrencies, today some companies in the food industry are beginning to implement this tool to increase transparency, trust and consumer safety while reducing waste.

Many experts describe blockchain as a digital ledger. It is decentralized, meaning that no single individual or entity controls every computer on the blockchain network or the information entered onto the digital ledger. Every transaction along the supply chain is recorded on the ledger, time stamped, given a code or “hash,” and linked to the blockchain. All parties on the network — growers, wholesalers, distributors and retailers — can read the data in real time and add their own updates. And, almost without exception, the data, once entered, cannot be altered or erased.

“The information on the ledger is hashed using fairly standard encryption technologies,” says Christophe Uzureau, vice president and analyst at Gartner, a research and advisory firm in Stamford, Connecticut. Uzureau co-authored the book, “The Real Business of Blockchain,” with David Furlonger, a Gartner distinguished vice present and analyst.

“These hashes are virtually impossible to break, which helps maintain confidentiality over records,” says Uzureau, “and this is a step-up from helping to prevent [cyber] attacks that we’ve seen in other contexts such as Equifax, Yahoo, Ebay, MySpace, Target, Sony etc.”

Traditionally, companies have relied on manual record keeping, which is susceptible to human error and even fraud. But an immutable blockchain network, combined with Internet of Things (IoT) technologies like drones, sensors, trackers and smart thermostats, can capture and collect critical data for the blockchain, giving grocers, restaurants and consumers more details about the origins of food, its freshness and authenticity.

Moreover, a report by the consulting firm Deloitte, titled “The Emerging Blockchain Economy for Food,” argues that blockchain, through a concept called “radical transparency” could add value to and improve the quality of food.

Companies like Walmart, Nestle, Bumble Bee Foods and Certified Origins have begun using blockchain solutions to enhance transparency and traceability. For example, customers of Certified Origins’ premium brand extra virgin olive oil, Bellucci, can download an app to scan a bottle’s lot code and trace the olive oil back to its exact place of origin in Italy.

Bumble Bee Foods, on the other hand, announced that it uses an SAP Cloud Platform Blockchain service that lets customers use their smartphones to scan a QR code on packages to learn where the yellowfin tuna comes from in Indonesia and verify the products freshness and fair trade fishing certification.

A blockchain ledger might contain some “junk” data, says Furlonger, “That said, the blockchain construct would put more pressure on participants of the network to enter correct data. And, combined with IoT, there’s an ability to correlate the data from multiple sensors to validate the quality of the data input in the first place.”

In 2018, an E.coli outbreak sickened more than 200 people across the United States after they consumed romaine lettuce. It took federal officials weeks to pour over records and track down the source, a farm in Yuma, Arizona.

Experts say blockchain technology could make it easier and faster for companies or health officials to pinpoint the source of contaminated food.

Walmart and Sam’s Club announced in a 2018 press release that it would require its suppliers of its leafy greens to begin “farm-to-store” tracking using blockchain technology by September of the following year. Walmart joined forces with IBM to create its blockchain network that, according to the release, brought the time it takes to trace food from the store to the farm down to just 2.2 seconds.

The Center for Biological Diversity says that among the food grown and produced in the United States, about 40% ends up in the trash. The annual cost? $200 billion. In fact, grocery stores regularly toss out food items that are overstocked, damaged, imperfect, poor sellers or past the sell-by date.

But blockchain, in concert with IoT technologies, could help reduce food waste.

Growers, for example, could enter information about the size of their crop yields, information that others on the network could use to determine what to buy and how much. In addition, sensors designed to monitor inventories would give suppliers important data on what is selling and what is not in stores.

But while blockchain technology seems promising for transforming the food industry, some companies are taking it slow, opting instead to fashion their own form of traceability system.

“The question is really about the scope in the way blockchain is defined and timing,” says Furlonger. “Blockchain is often applied in what Gartner calls an “inspired” fashion, i.e., it’s merely another form of automation via the use of a distributed network with some aspects of cryptography and data immutability. These inspired approaches can hardly be considered ‘gamechangers’ since they lack decentralization.”