How being mistreated because of learning disabilities made me push back 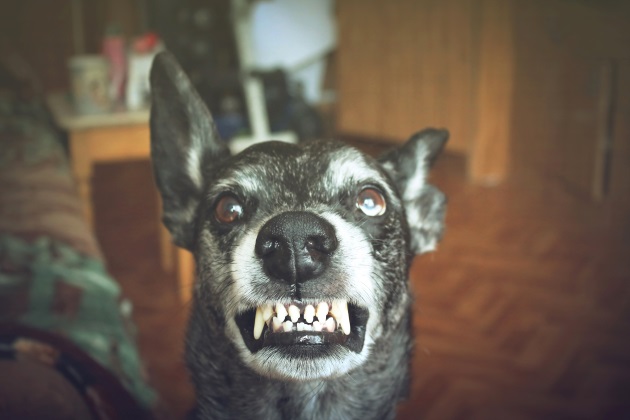 In 2006, shortly after moving to Florida, I was hired as a dog sitter for a couple who were living in the same residential community as me.

They had the cutest Boston terrier with the calmest disposition I had ever seen in a dog.

It was the perfect job. I could set my own hours and the pay was pretty good.

However, the couple's true colors began to show shortly after. Not only was I supposed to work five mornings a week, but I would often receive last minute calls and texts asking me "if I could come over and watch the dog."

In other words, I was expected to be at their beck and call. I'm ashamed to admit that, for years, I fell for it hook, line and sinker. I was in complete denial to what the couple were doing despite the frequent warnings from my loved ones.

I would often think, "They're Christians. They would never do what my family is accusing them of."

As time went on, it was getting more and more clear that my family were right.

By then, the "cutest Boston terrier" had died and had been quickly replaced by a very rambunctious puppy! From day one, they had me —now in my early 40s — working these ridiculous hours! It was literally a full-time job watching this holy terror of a dog! Plus, I had other clients.

After each appointment I was so sore and worn out! During one walk, "the little devil" got off his leash and ran full speed around the grassy area we were at.

After five minutes of doing some heavy running of my own and with the help of two other people, I finally caught up to him. I was so sore afterwards I could barely walk!

He also bit me on a regular basis. At one time I had a Band-Aid on practically every finger! My left middle finger had three!

What made it worse and quite frankly, ticked me off was the couple would brush it all off saying "he's just a puppy"... blah, blah, blah. They actually expected me to keep on working despite my constant complaints! I couldn't believe it. I could not wrap my head around how someone claiming to be people of faith would be so completely inconsiderate!

The final straw was when I was taking him for a buggy ride, and he jumps out to go after another dog. This scared the owner of that dog so much that she literally picked up her dog and ran full speed back to her house! I caught up to them, and fortunately they were all right.

I quit later that afternoon.

I think my learning disabilities were the reasoning behind the couple's behavior. They often talked down to me and repeated themselves especially about locking their front door.

I believed they felt I didn't have the intelligence to eventually figure out what was going on.

Sadly, that was not my first encounter with discrimination. I couldn't find regular 9-5 work because interviewers were too intimidated. I have family members who don't speak to me because they get confused on how to talk with me.

I have accepted that I will never be a part of the regular workforce. Actually, I love being self-employed! I get to spend time with dogs — which I love — and I get to focus more on my writing.

The couple from the residential community recently tried to pull their usual stunts but this time I didn't fall for it.

Knowing this couple, they will try again. I'm not going to work for someone who doesn't truly appreciate what I do for them.

I'm living life the way I was meant to — learning disabilities and all.

My hope for those of you who have been discriminated against because of your disabilities will come and see just how special you truly are.

If someone doesn't, that's their loss... not yours.