How baseball stadiums with a roof can affect player performance 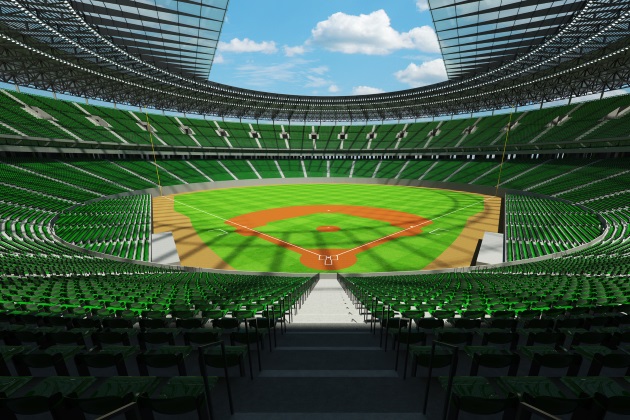 Fatigue and sleep deficits can impact the quality of performance for professional athletes. Common reasons for a disrupted playing schedule are weather-related game delays.

Those players that get additional sleep five days in a row have been shown to have better performance. Just one added hour a night over the five days improves visual functioning and cognitive processing.

Therefore, seven Major League Baseball stadiums have a physical factor that may be giving the players a competitive edge over the course of the season and provide fans a more consistent, comfortable experience. Six stadiums have retractable roofs and one has a permanent roof.

The consequence of an unexpected change in a schedule, either from an extended day of play or an unanticipated additional day of play, can be disruptions in a player’s normal sleep schedule. Each cancelled game needs to be rescheduled, and this gets complicated during a full season.

If a team has travel scheduled right after a make-up game or doubleheader, that also contributes to fatigue. So far, there have been 23 postponed games due to weather and this compares to a total of 25 postponed games last year for the entire baseball season.

Many of these games were made up, having taken a toll on players. Other games are scheduled towards the end of the season in August and September.

The team most impacted so far this season is the St. Louis Cardinals, with four postponed games at Busch Stadium. The Minnesota Twins have had three postponed games, as have the Chicago White Sox, at their respective home fields.

Stadiums that are protected against such delay-related fatigue and its subsequent impact on performance provide an advantage to teams playing in those stadiums. However, most teams’ motivation for roofed stadiums is to provide greater comfort for the fans.

Miami can average over nine inches of rain in June alone, and it can often rain on a daily basis throughout the summer. For the Houston Astros and Miami Marlins, not only was rain a factor in building their current stadiums, but the humidity and heat that create discomfort for fans.

Rain is not usually a factor for fans of the Arizona Diamondbacks in Phoenix, but brutal heat is. Those supporting the Toronto Blue Jays or Milwaukee Brewers can be affected by the other extreme of cold weather.

Fans and players are affected by the stadium conditions. The hotter the day, the more vulnerable an athlete is to dehydration. Weather, heat and humidity can impact pitching styles. The thinner, less humid air will not enable as much of a break with a curveball or slider.

Balls and bats are also affected by the stadium conditions. The natural materials in balls; wool and leather, and in bats; wood, are vulnerable to extreme temperatures. Bat performance is lower with more humid and hot environments. Temperature and air density influence the ball’s trajectory once hit.

This season had numerous rainouts early on and this is reported to have impacted attendance, so fan comfort is important. With make-up games often occurring on Mondays, there may be fewer fans in the stadium to watch the athletes.

However, we are only part of the way into the season. Time will tell how the players fare, equipment holds up and how fans respond, rain or shine.