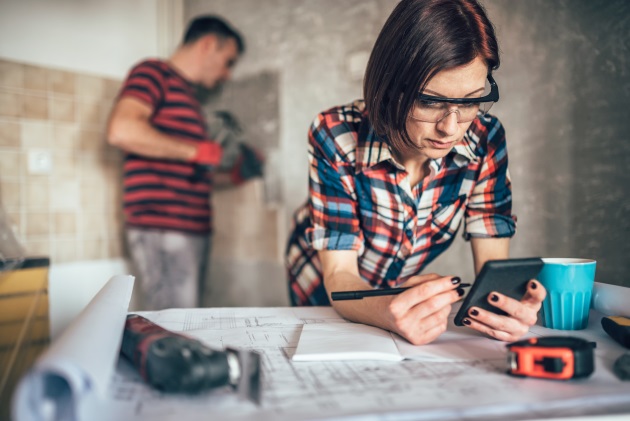 Home renovation and improvement activity has surged in recent months as owners confined to home have responded to the urge to undertake needed repairs or make their living environment more pleasant.

Due to concerns about health, finances or the unavailability of renovation specialists, many of these homeowners have chosen to do the work themselves, often taking on smaller projects and spending less than what they might if they had hired a pro. In some sectors, though, remodelers also are experiencing increased demand.

By all accounts, the number of DIY home improvement projects has increased significantly during the months in which restrictions have been imposed on outdoor activity and social interaction. Surveys conducted by the Home Improvement Research Institute (HIRI) in conjunction with the Farnsworth Group show that as many as 90% of homeowners have undertaken or planned to undertake one or more home improvement projects themselves in recent months. They are also doing more shopping online for materials, products and appliances.

Likewise, an email survey of 174 homeowners conducted by Fixr, an online home remodeling contractor matching service, found 68% of respondents had done more DIY projects while confined to home than at any other time in the past. Another 20% said they were completing about the same number of projects as before the pandemic.

For the most part, homeowners completed basic improvement projects such as landscaping and painting, although nearly one in four had done electrical or plumbing work of some kind.

Having more time on their hands, concern about having a contractor enter the home, and saving money were common reasons why homeowners chose to do the work themselves. However, 40% of the respondents to the Fixr survey said they were unable to find an available pro to do the work. Only 7% of those in the HIRI surveys stated the unavailability of a contractor as a reason for taking on the project themselves.

Concurring with these findings, home improvement contractors responding to the HIRI surveys reported widespread projects delays or stoppages because of the health crisis. In addition, they indicated that new requests are fewer in number and for smaller projects. Analysis of Census Construction data by the National Association of Home Builders (NAHB) shows a slight decline overall in spending on single-family home improvements in the month of June of 0.4%.

Not all parts of the industry are equally affected, though. Houzz announced this week that its data shows a 58% increase in the number of project leads for home professionals in June compared to a year ago. The biggest demand has been for professionals working on outdoor spaces, but kitchen and bath remodelers experienced a 40% increase in requests, as well. One remodeler cited in the release said clients were foregoing vacations and using the funds to make their homes more enjoyable instead.

Another hopeful sign is a rise in requests for single-family residential remodeling permits in some parts of the country during the second quarter. That should translate into more active projects in the third quarter. The burst of homebuying in recent months may help to push demand into the latter part of the year as well.