Homebuyers head to the ‘burbs 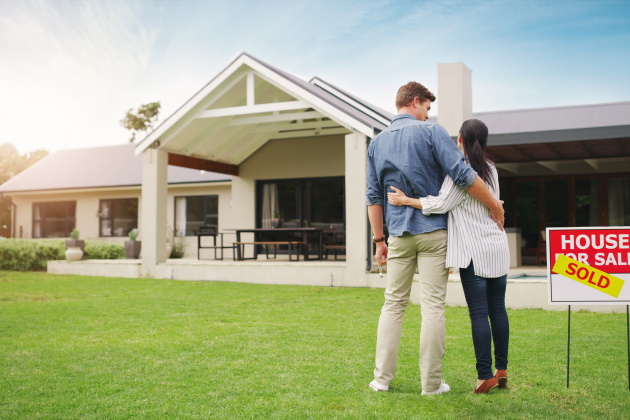 New home sales soared in May, pushing year-over-year sales figures back into the black. Low interest rates, a shortage of existing homes for sale, and early steps to revive economic activity helped to fuel the demand for new homes. So did what appears to be a growing pandemic-driven trend, a migration from cities to the suburbs.

The Mortgage Bankers Association (MBA) reported mortgage applications for new homes in May were up 26.6% compared to April and 10.9% annually. Based on its data, the MBA estimates new home sales rocketed 26.1% over April and 27.5% year-over-year. The average loan size for a new home decreased somewhat, from $334,641 in April to $332,793 in May, but was still within the range reported by the Census Bureau.

Existing homes sales, on the other hand, fell for a third month in a row. The National Association of Realtors (NAR) announced total sales nationally were down 9.7% from April and 26.6% compared to a year ago, and off per month and per year in every region of the country. So far, sales have plummeted 32% since February. Sales of single-family homes dropped 9.4% for the month and are down 24.8% annually.

Although the number of existing homes for sale increased by more than 6% in May, inventory remains well below that of previous years and far below demand. That imbalance is driving bidding wars for the most desirable homes and causing prices to remain high despite weaker sales. The median price of an existing home sold in May dipped slightly, from $286,800 in April to $284,600, largely due to fewer sales in more expensive markets.

Of particular note in the May data from the NAR was a more substantial slide in sales of condominiums and co-ops, down 12.8% from April and 41.4% from a year ago. NAR chief economist Lawrence Yun observed that lower demand for multifamily properties likely reflects the migration of homebuyers from city centers to the suburbs. “After witnessing several consecutive years of urban revival,” he said, “the new trend looks to be in the suburbs as more companies allow greater flexibility to work from home.”

The same trends helps to account for the turnaround in new home sales, as well. According to the Meyers Research New Home Pending Sales Index (PSI), which tracks the number of signed contracts completed on a monthly basis in some 18,000 communities nationwide, the best new home markets in May were in more affordable, heavily suburban metro areas such as Houston, Jacksonville, Tampa, Raleigh, and Dallas. The fact that Florida and Texas were among the first states to relax health restrictions may have helped to drive traffic as well.

While the outlook for existing home sales remains uncertain (although more sellers have been going into the market), home builders are bullish about their prospects in the coming months. The HMI, which registers builder sentiment, jumped 21 points for the month of June, with builders indicating buyer traffic had doubled in just one month from April to May. Sales expectations for the next six months leapt 22 points. In addition, both new home starts and permit requests rose in May after nosediving in April (by roughly 30% and 21%, respectively).

Overall, realtors and builders are optimistic sales will rebound during the summer months. With so much pent up demand, both sellers and buyers are eager to take advantage of exceedingly low mortgage rates, provided the economic news is favorable and more people are able to return to work.