Hindsight is 2020: Putting the year in perspective 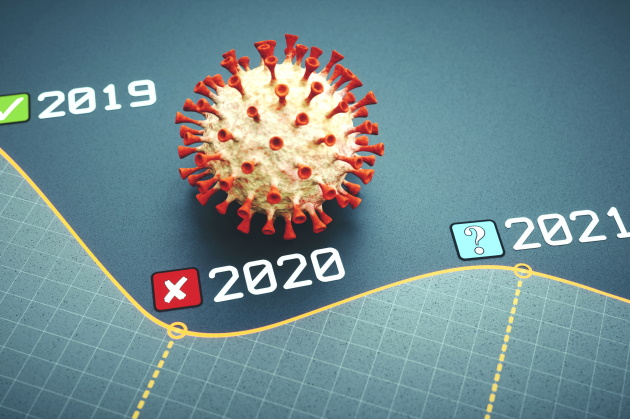 Admit it. If two years ago someone had walked into your office with a movie script containing half of the things that happened in 2020, you would have laughed them out of there. Or perhaps suggested they needed psychological help.

None of us saw this coming. Yes, the infectious disease experts warned we should be on the lookout for a viral pandemic, but they couldn’t tell us how or when this would arrive or the impact it would have on our society. We didn’t know there would be continued uncertainty and doubt about the results of this year’s presidential election a full month later. And while there’s been increased awareness on social justice issues in the past few years, most of the country was stunned by watching George Floyd’s senseless murder on video.

Now that we’re getting close to the end of this tumultuous year, what learning can we take forward for the future?

Stuff happens. We often don’t know exactly what that might be, but we can be certain that things will happen throughout the year that are both unforeseen and out of our control. We need to have contingency processes in place — even if we don’t know what it is that contingency might be.

It’s only a black swan once. Author Nassim Taleb described the black swan as something that wasn’t considered possible…until it actually happened. Now that we’ve seen these totally unpredictable occurrences, we can be properly prepared for something like this in the future.

We are more creative than we think. A Google search on masks for sale brings over 2.5 billion results. Most of us never considered wearing a mask outside of a medical or hazardous material situation. In just a few short months, we have literally billions of mask options available.

Technology is a critical part of our lives. From overnight delivery of just about all goods to Zoom calls for business, pleasure, and education to a dramatic upswing in telemedicine, we’ve all found tech solutions to problems we didn’t know existed back in February. That doesn’t mean the technology is always better than the in-person option, but it’s better than nothing at all.

Necessity is the mother of reinvention. And boy was she busy this year! Restaurants quickly pivoted to offer takeout meals. Local municipalities jumped in to block off streets and allow for outdoor dining. Meeting and classes moved online. Vaccine development went into massive overdrive. It’s amazing what we can do when we don’t have a choice.

Fear and emotion can easily overtake logic. We’ve seen more than our fair share of conspiracy theories this year, from allegations the coronavirus was engineered by the Chinese to take over the world, to claims of massive fraud in the U.S. elections (neither of which seem to be based on reasonable data). These rumbling won’t go away in the new year, so we need to be aware of the ramifications.

Unresolved issues continue to fester. It was 2012 when Trayvon Martin was shot and killed in Florida. In the 8-plus years since then, we’ve seen dozens of similar shootings of unarmed Black men and women by both civilians and law enforcement officers — nearly 100 this year alone. The videotaped murder of George Floyd brought the issue national attention, but until we stop looking the other way, the situation won’t change.

We can’t change what happened this year, but we can take the lessons of 2020 to heart. How we apply these learnings will help shape the direction our organizations take in 2021.