Here are the most oddly named towns in America 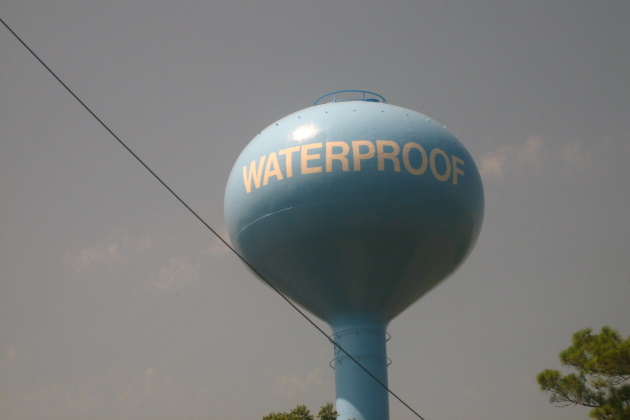 Virtually every state in the union has one. We’re talking oddly named towns. Veteran road-trippers have probably come across some of them — like Chugwater, Wyoming, Intercourse, Pennsylvania or Waterproof, Louisiana. But these names are rather Bland (Missouri), even Boring (Oregon) or downright Dull (Ohio) compared to some of the truly nutty names we’ve uncovered.

Other town names seem sort of rude or insulting, like Big Bottom (Washington), Coward (South Carolina), Idiotville, (Oregon), Looneyville (Texas) or Jerkwater (Pennsylvania). Still others appear to be pleasant, inviting places, like Welcome (South Carolina), Happyland (Connecticut), Allgood (Alabama), Love (Arizona) and Little Heaven (Delaware). Quite the opposite of being told to go to Hell (Michigan) or Dismal (Tennessee).

To wrap up this essay on naming nonsense, here are some town names that are so Peculiar (Missouri) that they deserve special attention.

Take Zzyzx (California) for example — a one-time natural spring resort in the Mohave Desert, now a popular birding site. It was named by someone who thought he was creating the last word in the English language. He was wrong. That word is Zyzzyva, the name of a tropical South American weevil. But wait! There’s more.

Somehow, so far, Colorado has gotten left out of this weird name review. Reason why? No Name. It’s next door to Glenwood Springs.