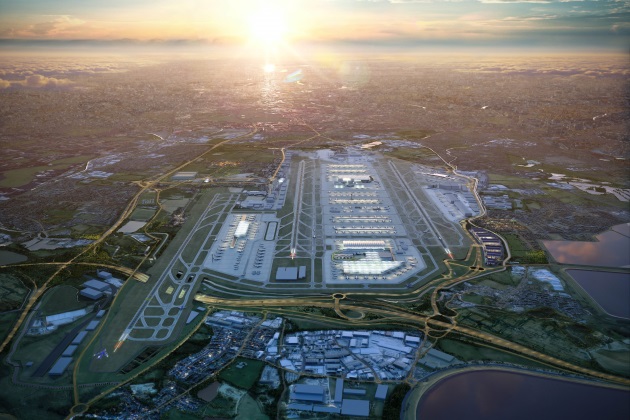 Plans to build a third runway at London’s Heathrow Airport have stalled as the U.K.’s Court of Appeal ruled the government’s decision to allow it to be built was unlawful.

The decision has been seen as a victory for climate change activists and those living around the airport who faced compulsory land purchase and years of disruption followed by the misery of extra noise and air pollution.

However, for Heathrow and the U.K.’s air travel industry, it is a major blow that will mean a complete rethink over future strategy.

The plans to grow Heathrow have long divided those in power in the U.K. Many in the government believe it essential to give the crowded facility room to grow with the clear demand and maintain the U.K.’s competitiveness against other European hubs like Amsterdam, Paris and Frankfurt – especially in the new economic landscape post-Brexit.

However, many powerful figures — notably London Mayor Sadiq Khan and Prime Minister Boris Johnson are vehemently against the proposals. Khan commented on the ruling that “the right choice to make is to abandon plans for a third runway.”

Following the ruling, Heathrow Airport made the following statement: “The Court of Appeal dismissed all appeals against the government — including on ‘noise’ and ‘air quality’ — apart from one which is eminently fixable. We will appeal to the Supreme Court on this one issue and are confident that we will be successful.”

Why Is It Unlawful?

Since the third runway was approved by the government in 2016, environmentalists and those opposing the plan have claimed it will not and cannot live up to the Paris Agreement that was signed in December 2015. This commits the EU and member states (of which the U.K. is no longer included) to limit global warming and pursue efforts to halt climate change.

As a result, the Court of Appeal ruled the government’s approval of the third runway to be unlawful.

The U.K. government’s Transport Secretary, Grant Shapps, confirmed, "The government has taken the decision not to appeal this judgement. The promoters of the scheme will be able to seek permission from the Supreme Court to appeal if they wish."

Heathrow Airport naturally wants to keep the pressure on what is, in fact, a private project and not one instigated by government. It stated: “We are ready to work with the Government to fix the issue that the court has raised. Heathrow has taken a lead in getting the UK aviation sector to commit to a plan to get to Net Zero emissions by 2050, in line with the Paris Accord.”

The court decision does not rule out expansion at other UK airports and, despite the government’s target of hitting net-zero emissions by 2050, many will want to see a decision on where extra capacity can be found.

For some, this will rekindle the flame for Gatwick to the south of London, which lost out for approval to build a second runway when Heathrow’s plans were approved.

Stansted, to the north of London, will also see it as an opportunity to complete its plans for a second runway.

Others want the balance to be better spread among the many underutilized regional airports around the country, which have plenty of runway capacity.

Whatever the plan is, it seems the pressure of climate change has finally caught up with the issue of airport growth and the future aviation industry. The Stay Grounded campaign celebrated: “This decision is a milestone in climate litigation! It gives hope to hundreds of communities around the world in their struggles against destructive airport projects.”

Any amended plans for Heathrow or other London airports will now undergo years of scrutiny before any bulldozers move in.