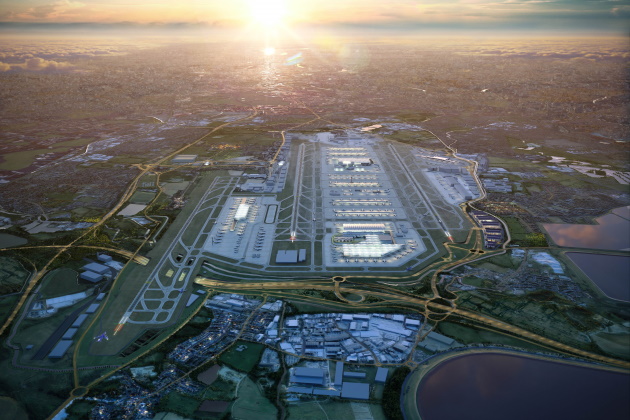 A clash has recently developed between British Airways owners IAG and London Heathrow Airport after it was revealed that the airport can pass on the bill for the money it spent on its failed third runway proposal to its airlines.

Plans to expand Heathrow with a third runway have been in the works since the 1970s, but in recent years a major push to gain approval was undertaken. So much so that early preparation and investigation works, not to mention the planning and legal work behind the bid, amounted to £504 million.

The U.K.’s Court of Appeal ruled the third runway plan “unlawful” in February on environmental grounds. The anticipated increased in emissions would mean the country could not live up to the Paris Agreement signed by EU members in 2015.

It was seen as a victory for environmental campaigners who opposed the £14 billion expansion.

Encountered so far in the build up to the third runway expansion have been the so-called Category B and C costs, which comprise £394 million in planning and ground investigations, and £110 million of early construction work completed to prepare the site.

A regulatory consultation by the Civil Aviation Authority (CAA) recommended that costs incurred up to the February ruling can be passed on to Heathrow’s airline carriers.

Willie Walsh, who stepped down as boss of IAG recently, was a frequent critic of the expansion plans and expressed concerns of its “reckless spending” that would inevitably be passed on to airlines.

In the same report commissioned by the CAA that recommended Heathrow passing on its costs to airlines, it also commented on the lack of a “clear and single integrated baseline plan through to obtaining planning consent that aligned requirements and scope with the associated time, cost and risk.”

Heathrow, like many of the world’s airports, has been faced with unprecedented cuts to its business since the COVID-19 outbreak. Passenger figures plummeted 81% in August over the same period last year.

Rules over quarantine when entering the U.K. have put many travelers off flying and business travelers have remained at home. The airport is investing heavily in technology to screen passengers and make the passenger journey safer. Heathrow’s chief executive, John Holland-Kaye, said, “The government can fix this by changing the rules so that if you test negative for COVID, you can come out of quarantine early.”

Yet as the country’s job furlough scheme comes to an end next month, Holland-Kaye has warned that up to a third of the 75,000 jobs the airport supports directly and indirectly could be at risk without an improvement in the aviation sector.

Making the obvious connection, offsetting £500 million lost to its planning application would make a huge difference in the situation Heathrow is facing because of coronavirus. However, according to IAG, “In any other business, a wealthy, privately owned company like Heathrow Ltd would have to meet its own sunk costs.”

This decision by the CAA vindicates Heathrow — a private, non-government entity — in punishing its customers at an already difficult time. It sets a precedent for other airports around the world that were undertaking expansion prior to the downturn in aviation and may have incurred costs they hope to offset now that the outlook has changed.

Is a Third Runway Still Likely?

Following the ruling in February, Heathrow Airport said it was “Ready to work with the Government to fix the issue that the court has raised” in addressing the emissions targets.

Despite all that has happened in 2020 around COVID-19, it seems Heathrow is still pressing ahead in its appeal but will likely delay the actual construction if approved until a time when the aviation industry and U.K. economy show sufficient signs of recovery.