Despite pandemic, health system and payer profits up due to less utilization 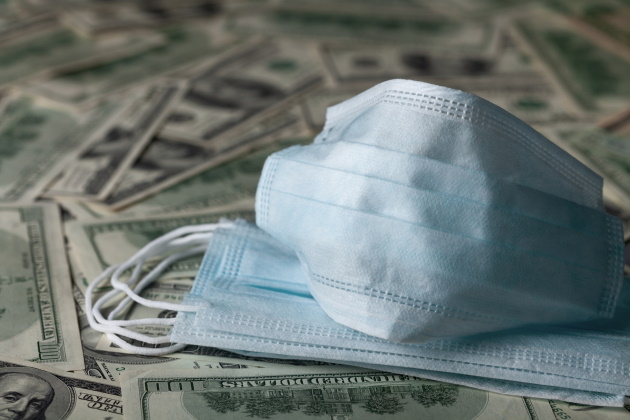 Second-quarter headlines reporting the financial windfalls of payer organizations and health systems have been copious recently, despite what experts and analysts predicted would be devastating hits to the ledger because of the 2020 COVID-19 pandemic.

Even as many health systems treated only virus cases and most others shut down all elective surgeries, all of the nation's largest for-profit hospital chains saw a rise in profits.

The financial prop-up is primarily a result of federal relief slushed into the economy as congressional leaders tried to keep health systems afloat. However, as the dollars came in, questions about how the funds were to be used began to flow.

Through efforts to prop up hospitals and the economy, Congress shipped loads of money through the Coronavirus Aid, Relief, and Economic Security (CARES) Act that slated as much as $175 billion for health systems.

Despite the influx of cash, lobbyists want more for their health systems.

No matter the future, we can see from the most recent reporting that the nation's four largest for-profit hospital chains saw substantial increases to their profits. Tenet Health reports $88 million in net income. That’s more than three times more than a year earlier, according to reports.

Nashville-based HCA saw a substantial net income increase by 40% to $1.1 billion, driven by $590 million in federal relief funds, despite revenue and volume declines. Bottom of Form

Community Health Systems saw net income up $70 million from a net loss a year prior. It received $56 million in relief money in the second quarter. Universal Health Services received more than $160 million in rescue funds, with a net income of $252 million.

HHS provided money through the CARES Act to providers and hospitals based on their Medicare fee-for-service revenue.

Nonprofit giant Kaiser Permanente also reported net incomes for the quarter more than double to $4.5 billion — more than all the for-profit operators combined. Kaiser received $14 million from the CARES Act. In the second quarter, Kaiser rebounded after reporting a $1.1 billion loss in the first quarter, primarily investment losses from the down stock market.

"Deferred elective surgeries and procedures due to stay-at-home orders across the communities we serve contributed heavily to our second quarter results by temporarily reducing our operating expenses," said Kaiser CFO Kathy Lancaster in a statement.

In addition to the health systems, payers are reporting explosive profits because of a lack of usage for the plans.

CVS grew 190% year over year to $3.5 billion, and company executives said the growth was an unprecedented decline in utilization. CVS is now being called “more insulated than some other healthcare companies” because of its vast business operations and business lines.