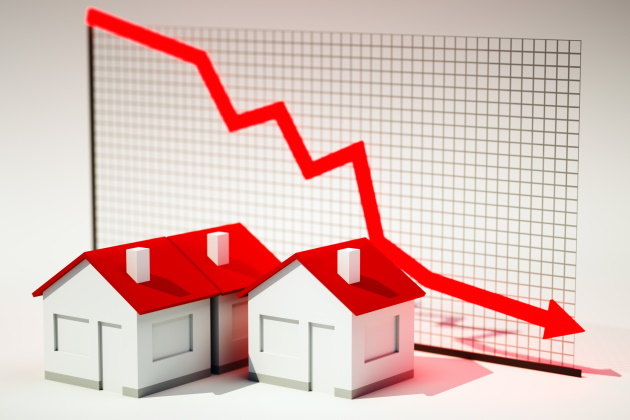 As expected, home sales plummeted in April, the first full month during which much of the nation was under orders to remain indoors. Nonetheless, in some parts of the country buyer demand continued to outstrip supply, and prices increased due to inventory shortages.

Without question, the health crisis created by the COVID-19 pandemic and its consequences for social interaction are having a significant impact on real estate markets and communities.

April sales of existing homes, as reported by the National Association of Realtors (NAR), experienced their largest month-over-month drop in nearly 10 years, down 17.8% on top of an 8.5 % drop in March. The combined blow dragged sales totals 17.2% below those of the previous April. Sales of single-family homes were down 16.9% for the month and 15.5% annually.

While a certain amount of that decline can be attributed to the social and economic restrictions put in place to contain the spread of the virus, would-be buyers also confronted a shortage of properties for sale. The inventory of existing homes for sale nationwide dipped 1.3% from March and was nearly 20% lower than in April 2019.

Earlier in the year, tight inventories of existing homes for sale spurred new home sales. However, according to the Mortgage Bankers Association, mortgage application requests for new homes in April decreased by 25% compared to March and by 12% compared to April 2019. The average loan request was for $334,641, in line with the average sale price cited by the Census Bureau.

Conditions in major metro areas were similar to those in the nation as a whole. Online real estate brokerage Redfin reported that sales of all homes in the 90 metro areas it tracks toppled 22.8% for the month and 22.5% annually. Home prices continued to rise but at a slower pace. The median price of all homes sold was $303,900, similar to the previous month and just a notch below 5% from the year before.

With many major metro areas battling high levels of contagion and fatalities from the COVID-19 virus, buying patterns shifted in April. There were fewer higher-priced homes for sale and fewer prospective higher-priced buyers.

Those looking to purchase a home, many of whom were first-time buyers, sought more affordable properties and/or bought homes in more affordable real estate markets. Some of those markets, says Redfin, saw the biggest jumps in price increases during the month.

In addition, reports Redfin, the health crisis has accelerated the migration from metropolises to smaller cities already underway before the onset of the pandemic. With more employees facing the likelihood of a prolonged stretch of working from home, those who can are relocating to cities deemed to have a higher quality of living, such as Charlotte, Nashville, Dallas and Madison. Some big city residents who chose to go elsewhere for the duration of the stay-at-home confinement may decide not to return.

Taking the long view, industry experts believe real estate sales will bounce back once consumers regain their confidence that conditions are safer and their jobs are secure. Likewise, sellers will return to the market if they see demand is high and prices are stabilizing or improving.

Forecasters foresee the peak buying season shifting to late summer and early autumn, before tapering off as colder weather returns. How that scenario plays out across the country could alter markets and communities for years to come.