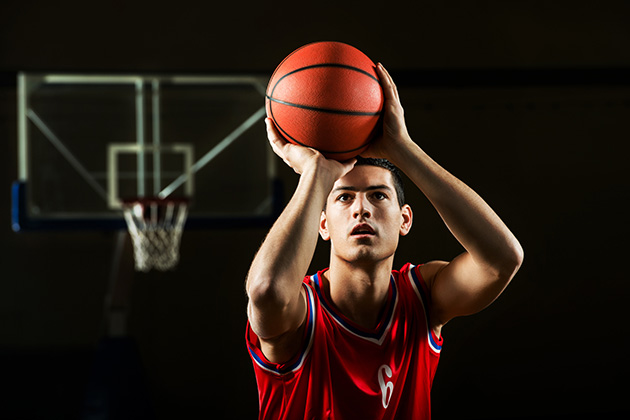 It started the evening before with the NBA suspending its season. Then, on Thursday, the NCAA Tournament crushed the dreams of college basketball fans by canceling March Madness, one of the biggest events in American sports not named the Super Bowl.

The latest professional sports league to make a huge decision: The XFL. The newest pro football league, an avenue for football fans to enjoy the sport they love in the spring, has been canceled.

The coronavirus (COVID-19) has hit the world with a left hook that packs 100 times the power of the greatest heavyweight boxing champion. As of Friday morning, nearly 150,000 cases and more than 5,000 deaths have been reported throughout the world. More than half of those cases come from China, but nearly 2,000 cases have been reported in the United States, with more than 40 deaths.

From a sports business perspective, the cancellations and suspensions are resulting in billions of dollars lost. And while there was talk of continuing sporting events in structured capacity — playing games without fans in attendance, for example — the higher-ups of the biggest groups in college and pro sports have decided to shut down events for the greater good of the athletes, staff and communities around them rather than find ways to earn the almighty dollar, euro, whatever during this pandemic.

"The health and safety of our student-athletes is absolutely paramount," said Mike Aresco, the commissioner of the American Athletic Conference, the first major conference that decided to cancel its conference men's basketball tournament. "The other things just didn't matter."

The coronavirus hit a next-level discussion piece when NBA All-Star Rudy Gobert tested positive for the virus before the Utah Jazz played the Oklahoma City Thunder. That level hit a new level after he was seen in a video jokingly touching microphones following a press conference two days prior to becoming symptomatic. News later circulated that he was touching teammates in the locker room.

The result: A teammate of his, Donovan Mitchell, another NBA All-Star, tested positive for the virus.

Longtime ESPN sportscaster and talk show host Scott Van Pelt gave a near-three-minute speech on what the coronavirus has done to sports during his Thursday night SportsCenter episode. He described the current state of affairs "a line-in-the-sand moment" and considered Gobert's diagnosis a game-changer for the best.

"If Rudy Gobert didn't test positive, if a Thunder trainer didn't sprint onto the floor in OKC to stop the Jazz and Thunder from tipping off on Wednesday, I am entirely convinced everyone is playing today," Van Pelt said during the monologue. "All the conference tournaments would have gone on. All the leagues would have continued.

"The fact that an NBA player has the coronavirus caused the league to immediately say, 'That's it. We're not taking a 20; it's a full timeout.' Once they did, you knew other leagues would follow."

The world is in limbo with college and professional sports, but the moves for cancellation, suspension and postponement indicate that life over fortune is alive and well. And with professional athletes like Gobert, Mitchell, Italian soccer star Daniele Rugani, English soccer player Callum Hudson-Odoi and others recently diagnosed with the virus, sports fans are taking things more seriously than they were a few days ago.

"Maybe the diagnosis of the big man from France did our country a huge favor," Van Pelt said of Gobert. "He hit the warp-speed button on all this, and by taking away the games, which are our society's greatest gathering place and common ground, it forced everybody to take all of this a whole lot more seriously."

It's now the responsibility of the entire world to concern themselves with coronavirus not only for themselves but also for those around them. The virus is more potent and more dangerous for the elderly, young children and individuals with preexisting conditions.

Staying healthy and staying alive has taken priority nationally and globally. Making money off athletics has taken a back seat.

Damon Sayles, M.S., CeM, is the assistant publication manager for MultiBriefs. He has written for multiple major sites, including ESPN, The Dallas Morning News and Bleacher Report. Damon is a member of the inaugural class (2012) of Who’s Who In Black Dallas, which recognizes African Americans in the Dallas-Fort Worth community who have made a positive impact. You can reach him via email at dsayles@multiview.com.