Hail to the chiefs: An in-depth look at America’s presidential libraries and museums 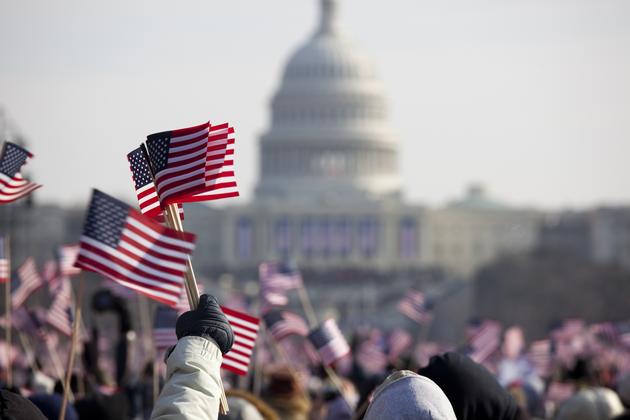 For all the technical gimmickry and Texas-style extravagance of the George W. Bush Presidential Library & Museum, it is a simple white bullhorn that stands out to many visitors as the most iconic and evocative item on view at the sprawling $250 million facility located on the Southern Methodist University campus in Dallas, TX.

A stunned nation watched on September 14, 2001 as President Bush stood somberly atop the still-smoldering ruins of Ground Zero – with that very bullhorn in hand – to address a cheering throng of gritty rescue workers, responding famously, "I can hear you…the rest of the world hears you!"

Thus a common bullhorn became a powerful and symbolic reminder of an epic moment in our nation's history – while at the same time serving as an example of the important role presidential libraries and museums play in preserving the tangible elements of that history.

America's presidential library system includes 14 libraries administered and operated by the National Archives and Records Administration (NARA). These repositories preserve and make available to the public the papers, letters, records, collections and historical artifacts of every president since Herbert Hoover, whose term ended in 1933.

Libraries have been established for presidents who preceded the official start of NARA's administration, dating back to George Washington, but they're owned and operated by private foundations, historical societies or universities.

When Congress passed the Presidential Libraries Act of 1955, it established a system of privately erected but federally maintained libraries. In essence, the act mandated that future libraries be built with funds from private and non-federal public sources and turned over to NARA to operate and maintain.

In a moment, you'll learn what's on offer at 5 of the 14 NARA presidential libraries – but before visiting there are a few things you should know. These are not libraries in the traditional sense. In fact, they're way more museum than library. Most letters, books and documents are archived behind the scenes where they are available for researchers. During your visit, you'll view a collection of the most important and visual artifacts connected to the subject presidency. Newer libraries have taken a page from Disney by adding high-tech exhibits, touch-panel interactive displays and even limousines and aircraft that once served our presidents.

Each of the libraries is open year-round except for Thanksgiving, Christmas and New Year's Day and admission fees are nominal, generally $20 or less for adults. Be advised, however, that temporary COVID-related closures may be in effect – so it is strongly recommended that you call or check the website of any library you plan to visit (and purchase tickets in advance).

Let's begin with a closer look at the George W. Bush Presidential Library and Museum. Housed in a monumental 226,560 sq. ft. neoclassical structure wrapped in red brick and cream-colored limestone, it was designed to fit in with the surrounding SMU campus in Dallas.

Visitors enter the complex through a courtyard, greeted by larger-than-life statues of both Bush presidents – the only father and son chief executives since John and John Quincy Adams in the early 1800s. Just inside is a towering 67-foot-high entryway called Freedom Hall, featuring a 360-degree HD video wall screening a montage of American presidents.

Permanent exhibits include a full-scale replica of the Oval Office and the Decision Points Theater. That exhibit's interactive features take visitors “inside” the decision-making processes – they can even join in on the action using touch screens – as President Bush and his aides dealt with critical events and crises including wars in Iraq and Afghanistan and Hurricane Katrina.

When it opened in 2004 in a park-like setting on the banks of the Arkansas River in Little Rock, AR, the William J. Clinton Presidential Library & Museum created quite a stir as the largest (158,000 sq. ft.) and most expensive ($165 million) of presidential libraries -- milestones later eclipsed by the George W. Bush complex described above. It is nonetheless an extraordinary facility – a sleek, futuristic steel and glass edifice that cantilevers over the river -- replacing a rundown industrial site.

Its design, Clinton says, was inspired by the theme of his presidency, "Building a bridge to the 21st century." The library is Little Rock's most popular tourist attraction, logging nearly a half-million visitors a year.

What draws the public is an amazing array of exhibits and more than 100,000 artifacts, including Clinton's "Cadillac One" limousine, full-size replicas of the Oval Office and Cabinet Room and a second floor gallery revealing a 110-foot timeline of the Clinton years as president.

Gracing a hilltop in Simi Valley, CA, about 40 miles north of Los Angeles, the Ronald Reagan Presidential Library & Museum honors the life and accomplishments of one of the most popular chief executives in modern American history.

The complex also serves as President Reagan's final resting place following his interment there in 2004. Visitors are invited to pay respects at the family tomb and memorial on the library grounds.

Beyond its relatively modest entrance lies the most spectacular element of the library – the 90,000 sq. ft. Air Force One Pavilion that features the actual Boeing 707 utilized during Reagan’s administration.

Permanent exhibits begin with Reagan's childhood and follow his life through his film career, marriage to Nancy Davis Reagan and his political career, including two terms as Governor of California.

The museum was thoroughly renovated in 2011 with the addition of 18 galleries, including the GE Theater, which shows excerpts from Reagan’s eight-year stint as host of the popular TV series sponsored by General Electric.

No matter how you view it – from inside or out – the John F. Kennedy Presidential Library & Museum is defined by its striking architecture as embodied in one of the most brilliant designs ever created by world-renowned architect I.M. Pei. Soaring nine stories above Columbia Point facing Boston’s waterfront, the angular modernistic complex belies its age of nearly 42 years, appearing as if it might have been built only yesterday.

Overlooking the sea that he loved and the city that launched his political career, the library and museum stand as a vibrant tribute to the life and times of President Kennedy and First Lady Jacqueline Kennedy.

Visitors are introduced to the exhibit area with a film about Kennedy's early life, leading to his nomination at the 1960 Democratic National Convention. Next comes a linked series of exhibition areas beginning with Kennedy’s campaign against Richard Nixon – the first to feature live television debates – and his election as the 35th president of the United States.

Subsequent exhibits highlight important events during the Kennedy presidency including the "space race" with the Soviets and the Cuban missile crisis – all laced with video and audio recordings that remind us of this president’s extraordinary oratory skills.

As visitors round a corner, they are suddenly confronted with a stark corridor, its walls painted black, labeled simply "November 22,1993," where a series of TV screens loop through the tragic news of that day.

Yes, Toto, we are definitely in Kansas for this one – Abilene to be exact – a city on the plains best known as the original “cow town” of the American West and also as home to the Dwight D. Eisenhower Presidential Library & Museum.

Eisenhower grew up in Abilene where he was a high school football and baseball star. Soon thereafter he received an appointment to West Point where he graduated at the top of his class, setting the stage for a brilliant military career, gaining distinction as Supreme Commander of Allied Expeditionary Forces in World War II.

Upon his retirement, "Ike" returned to Abilene in 1952 to claim the Republican Party nomination for the presidency, winning in a landslide to become the nation's 34th chief executive. He was re-elected by an even wider margin in 1956.

A visit to Ike's library begins with a brief film reviewing the president's life and introducing the various components of the complex that spread over a peaceful park-like setting. They include a library building open only to researchers, a low-slung limestone museum building containing 30,000 sq. ft. of exhibit space, the Eisenhower Boyhood Home and the Place of Meditation. The latter is chapel that serves as the final resting place of the president and First Lady Mamie.

The Military Gallery attracts the most interest, featuring a variety of strategic wartime maps, documents and photographs. One particularly fascinating artifact here is the Order of Victory medallion– a five-pointed platinum star surrounded by 16-carat array of diamonds – presented to Ike by the Soviets following World War II. It’s the USSR's highest military decoration, having been handed out to only four other foreigners up to that time.