Grieving little heartbreaks is OK, even during a pandemic 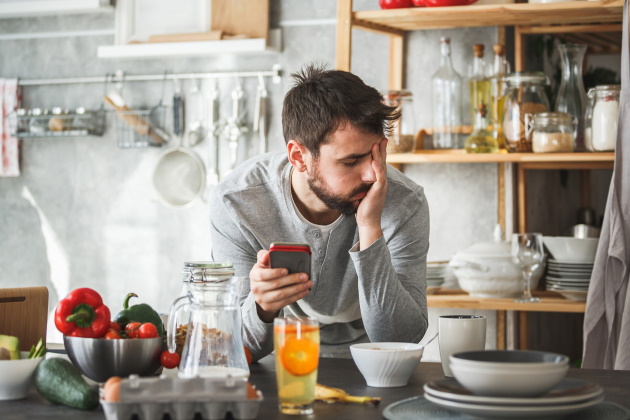 “Lots of heartbreak happening with this virus…” messaged a friend. It wasn’t the response I hoped for when I shared my sadness about the same-day cancellation of the annual circus fundraiser my girls were to perform in after several months of arduous preparation.

My friend’s reality check was right on. Most everyone I know has had some important part of life cancelled. For her, it was a vacation, for another a yearlong world cruise was abruptly cut short in Perth, and a client’s suspended Tech-a-Thon left students in a lurch after a year’s work.

Given such widespread disappointment, finding shoulder to cry on (metaphorically speaking) is difficult. Plus, all these little heartbreaks are dwarfed by the real trauma increasing numbers of people are now living worldwide. If you don’t yet know anyone personally, a look at the news clearly shows that others are suffering much more drastic losses than not getting to see a kids’ circus show.

It may be hard not to think that sadness is a bit self-indulgent these days. Still, experts agree that denying our feelings isn’t the way to go.

Let sadness run its course — even though others are suffering

In a recent article in The Verge, writer Monica Chin skillfully addresses what many of us are secretly grappling with — guilt that here in the middle of a pandemic we’re grieving silly things like canceled basketball games.

Chin cites backlash she’s seen on social media when people have expressed sadness about the cancellation of events like Coachella, but concludes, “While it’s important to cancel these events to slow the spread of COVID-19 to keep hospitals and health systems from being overrun, I think it’s also important to allow ourselves (and each other) to mourn them.”

She points to research showing that people who allow negative emotions to run their course have less mood-disorder symptoms than people who resist them. In essence, there’s proof that denying sadness will backfire.

“Your work is to feel your sadness and fear and anger whether or not someone else is feeling something. Fighting it doesn’t help because your body is producing the feeling. If we allow the feelings to happen, they’ll happen in an orderly way, and it empowers us,” says Kessler whose site, www.grief.com, is visited by over 5 million people annually.

Recognizing signs of anxiety and grief in children

By allowing our own feelings to run their course, we become more emotionally available to genuinely serve people in need. Our children and students are high on the list of people needing our attention and support during this time.

My 11-year-old broke into angry tears the morning after her circus show was cancelled, berating me because I never buy waffles for breakfast. I finally got it when after various random grievances throughout the day, she started screaming that her room décor was awful at bedtime. I managed to hold her and shared that I was really sad about the show. She quieted an in a very soft voice said, “I really wanted you to see me in the show, mommy.” Then we shed a few tears together.

Since kids often express fear and sadness indirectly, we must be especially alert for tell-tale signs. In an online resource for helping children cope with stress related to the COVID-19 outbreak, the National Association of School Psychologists gives common anxiety symptoms and urges parents to contact a professional if significant changes in these types of behavior last more than two weeks.

Among behaviors listed for preschoolers are bedwetting, clinging to parents, sleep disturbances, loss of appetite and fear of the dark; for elementary school children, irritability, aggressiveness, clinginess, nightmares and withdrawal from activities and friends. Finally, for adolescents, they include sleeping and eating disturbances, agitation, physical complaints and delinquent behavior.

Allowing yourself to grieve losses — whether big or small

On top of suspended or canceled events, our normal everyday routines have been knocked off kilter. Face-to-face meetings, carpools, taking kids to school, playdates, after school classes, chats with co-workers and the list goes on — these little losses add up.

In the HBR article, David Kessler validates that the discomfort we’re experiencing is indeed grief. Loss of normalcy is among the different griefs he names along with the fear of economic toll, the loss of connection and anticipatory grief — “that feeling we get about what the future holds when we’re uncertain.”

Naming what we’re collectively feeling as grief is powerful, he explains. To help people deal with this monumental grief, he shares several tools in the article. “It’s absurd to think we shouldn’t feel grief right now,” he concludes. “Let yourself feel the grief and keep going.”

Fortunately, as one reader of The Verge article points out, humans are capable of multiple thoughts, feelings and cares at once. It’s possible to feel deep sympathy for families who’ve lost loved ones to the virus and comfort our children while feeling heartbroken about a cruise, robotics competition or circus show.