Green utopias: What happened to the ‘cities of the future’? 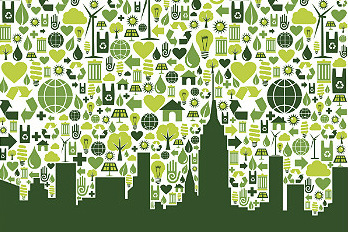 Utopias have always had a strong hold on the imagination.

Given the exponential growth and development in renewable technologies, we have seen cities trying to transform their infrastructure and built environment to accommodate new ways of making, accessing and using energy. Others have decided to break loose and design grand "green city" utopic visions, setting a new standard for the "cities of the future."

Their record when it comes to implementation is mixed. Let's look at some projects deemed to have failed, and why. 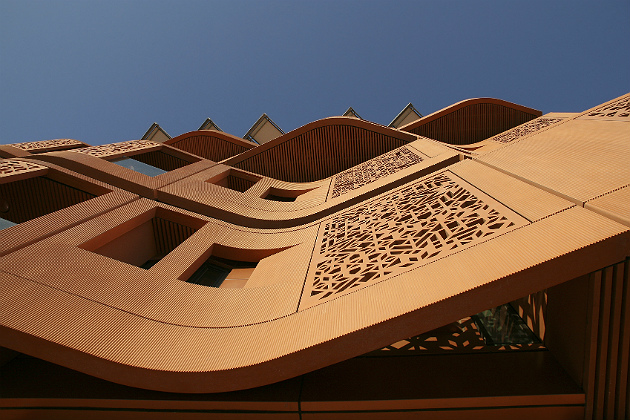 This building in Masdar City has a heat-reflective facade.

The Masdar project was central to oil-dependent Abu Dhabi's plan to sculpt a "life beyond oil." Bordering the capital's international airport, it is one of a growing number of "aerotropolei."

It was designed by British architects Foster and Partners to blend the planning principles of traditional Arab settlements with state-of-the art environmentally sustainable features. Its ambitious aim was to be fully carbon neutral and zero waste. Energy — where we get it from, how we distribute it and how we can avoid using it altogether — is at the heart of Masdar's design.

The design is ambitious. In order to reduce the pervasive need for air conditions in the UAE, the whole city is raised on a 23-foot-high concrete based to maximize its exposure to wind. Amid cities built for motorists, Masdar is also carless; tunnels were dug underground for a fleet of driverless electric cars that look straight out of a science-fiction novel.

The 150-foot wind towers, designed to suck in cool air and bring cooling breezes to ground-level spaces, were based on the traditional wisdom of Arab settlements. However, more prosaic regulatory infrastructure determines the use of insulation, low-energy lighting, smart meters and energy-efficient appliances in all buildings — the small details that build up a bigger picture of one of the world's most energy-efficient settlements.

In stark contrast to the thirsty golf courses that dot the rest of the country, even the plants were selected for their low water requirements.

As a laboratory and shop window for renewable energy technolgoies and unconventioanl planning principles, Masdar is certainly important in proving the feasability of sustainable urban design. But is this really the future of urban design?

Masdar is not without its critics. Such "eco-cities" have been criticized for their social exclusivity and the lack of broader societal change they can achieve.

Initially, the new city was designed to accomodate 40,000 residents, 50,000 commuters and 1,500 businesses, due for completion this year. But a flurry of recent reports have referred to Masdar as a "ghost town." The only full-time residents are students from the Masdar Institute of Science and Technology.

The completion date has not only been pushed back to 2030, but the goals have also been made much more moderate — a zero-carbon future for Masdar is now out of the question.

One paper pointed out that somewhere like Masdar — built at a cost of around $22 billion — could only have been achieved "in a sparsely populated desert region with extensive government funding." Indeed, it was the economic slowdown following the 2009 global financial crisis that took the wind out of Masdar's sails.

It is possible, too, that Masdar — which has failed to attract long-term residents — represents the failure of a city designed not for human beings but as a technological showcase. 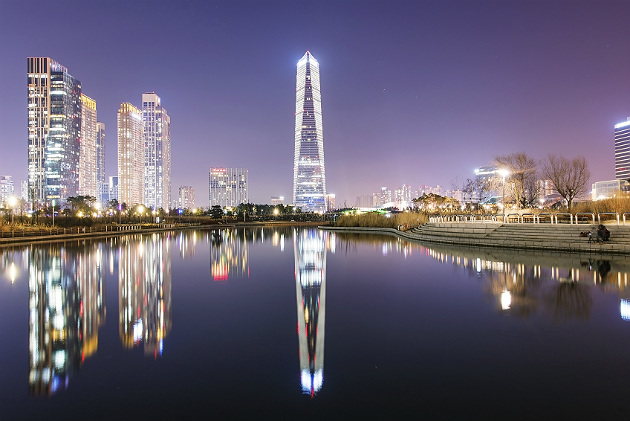 A look at Songdo Central Park in South Korea.

Located 40 kilometers from South Korean capital Seoul, Songdo has also been suggested as a "city of the future." Its technological innovations have been designed to trump the already high-tech capital it adjoins.

There are many similarities between Songdo and Masdar. Like Masdar, Songdo is an "aerotropolis," built from scratch not in the desert but on land reclaimed from the sea. Underground pneumatic waste disposal in both cities means the end of neighborhood garbage trucks.

However, the focus in Songdo is on the "smart." A network of thousands of sensors will monitor everything from traffic conditions to saltwater flow, feeding it back to a central nerve center. In fact, the automation is so extensive and replicable that some have called it a "city in a box."

Perhaps thereiin lies the best clue to Songdo's partial failure. Like its peer in Abu Dhabi, it too has failed to attract the residents and businesses it hoped (less than 20 percent of its office space is occupied). This is perhaps because despite energy efficiency, not many people want to live in a one-size-fits-all city.

Songdo's planners have weaved into the city plan elements that make Songdo not just smart but "liveable," including mandating that 40 percent will be park space, boosting not only public health but also the social capital (dense social linkages that research shows are one of the biggest predictors of life satisfaction).

But that does not appear to have been enough to attract ordinary Koreans. The fact that income tax exemptions are only extended to foreigners has slowed the flow further.

Where "cities of the future" get it wrong

Cities are projected to hold 66 percent of our population by 2050. That means the way those cities design their energy infrastructure will be key to both quality of life and the battle against climate change.

It may be unfair to describe Masdar or Songdo as outright failures — an authentic urban identity, after all can take decades to build and to draw people in. However, the shortcomings of these grand visions may refocus our energy on the incremental changes needed to make our existing cities less energy-intensive.

That will mean more planning expertise than merely throwing money into the desert. While all eyes have been on Masdar, the most populated parts of Abu Dhabi are some of the most polluted in the world.

These visions will certainly benefit from the experimentation with renewable technologies happening within smart city projects. However, in more financially stretched times, perhaps we should be focusing our energy not on shop-window projects, but on the more challenging tasks of retrofitting cities built for a different age.

Cities like New York and the Swedish town of Malmo are leading the way, and others are taking note.