Global tourism recovery gets boost from industry leaders at WTTC 2021 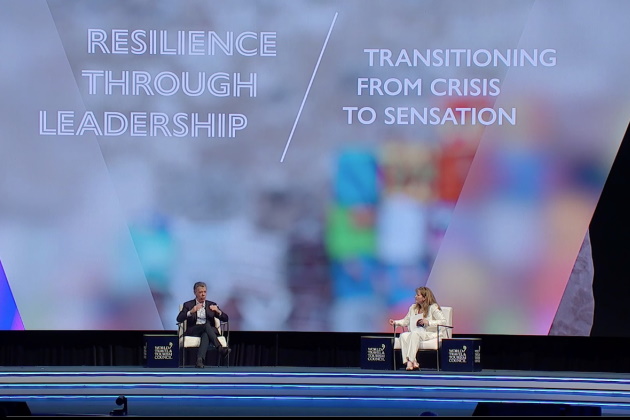 The world’s tourism leaders gathered for the 2021 World Travel and Tourism Council (WTTC) summit on April 26 to get a shared perspective on how to handle the ongoing crisis in world tourism numbers — a global condition of the 2020 pandemic that has seen the disappearance of more than 60 million jobs.

“The impact of Covid in the travel and tourism sector had an impact 18 times stronger than the impact of the global financial crisis that occurred in 2008. This is why the event is so important, because it is the global platform for recovery,” said Gloria Guevara Manzo, CEO and President of the WTTC.

The summit, held in Cancun, marks the first onsite, face-to-face meeting for global travel industry leaders since the onset of the pandemic in early 2020.

“Tourism is currently facing its greatest challenge in history to overcome the adverse situation left in its wake by the health emergency caused by COVID-19. And this great challenge also requires a team effort, also unprecedented, that allows us to overcome adversity,” Guevara Manzo told the audience during the opening remarks.

However, the timing of the event had a hopeful side as the president of the European Commission went on record in late April to say that American tourists who have been fully vaccinated against COVID-19 will be able to visit European Union locations over the summer. The region has been shut down for non-essential travel for more than a year.

As the United States has ramped up its vaccination process, talks continue to progress between authorities over how to use vaccine certificates as acceptable proof of immunity for visitors wanting to cross borders. A streamlined policy would see trans-Atlantic leisure travel restored.

However, some controversy remains as at least 1 in 4 Americans is still hesitant about getting a COVID vaccine and other large swaths of the U.S. population simply refuse, often for political reasons. In a separate side of the controversy, leaders from various countries at the summit noted their concern that many populations are being left behind from lack of access to vaccines. 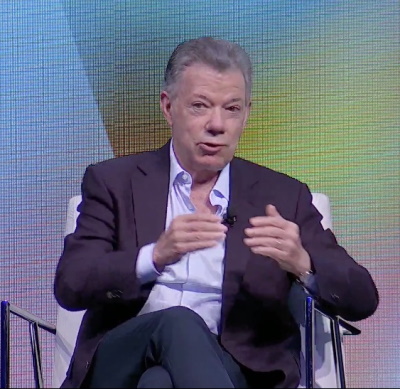 “We are seeing a great success in the time that the world took to discover the vaccines. That was a tremendous achievement that was due to the cooperation of the scientific world and to the huge investment, public investment that many countries made. But what is happening right now,” said former Colombian president and 2016 Nobel laureate Juan Manuel Santos, a speaker and participant at the Summit, “is 86 percent of vaccines have been accumulated in a very few rich countries, and only 14 percent for the rest of the world. Nobody is safe until everybody is safe. And it is illogical, doesn't have any sense to accumulate vaccines in one part of the world, and leave the rest without vaccines.”

International travel to Europe from the U.S. would be a needed shot in the arm for airlines, which are still experience a 60 to 80% percent lag in international bookings compared to pre-pandemic numbers.

“Long-haul international flying represents a significant opportunity for United,” Andrew Nocella, the chief commercial officer for United Airlines, told investors recently. “We have seen in recent weeks that immediately after a country provides access with proof of a vaccine, leisure demand returns to the level of 2019 quickly.”

The International Air Transport Association (IATA) commented publicly on the European Commission’s position to grant unrestricted access to vaccinated travelers from the US.

“This is a step in the right direction,” said Willie Walsh, IATA’s Director General. “It gives hope to people for so many reasons — to travel, to reunite with loved ones, to develop business opportunities or to get back to work. To fulfill that hope, details of the EC’s intentions are essential. To be fully prepared, it is imperative that the EC works with the industry so that airlines can plan within the public health benchmarks and timelines that will enable unconditional travel for those vaccinated, not just from the US but from all countries using vaccines that are approved by the European Medicines Association. Equally critical will be clear, simple and secure digital processes for vaccination certificates. The IATA Travel Pass can help industry and governments manage and verify vaccination status, as it does with testing certificates. But we are still awaiting the development of globally recognized standards for digital vaccine certificates.” He added that a vital first step should be the adoption of the European Green Certificate.

European countries, such as Greece and Iceland, have already announced their plans on opening to proven vaccinated travelers, regardless of the type of pass used.

At the conference, held in a large auditorium with spaced seating, focus was on job loss, recovery and finding ways to move forward in spite of the virus, which is abating in some areas and surging in others with aggressive and changing variants in play. As countries, destinations, regions, industries have been left to battle these challenges alone, the summit represents a chance for the tourism to work together toward a robust and creative healing.