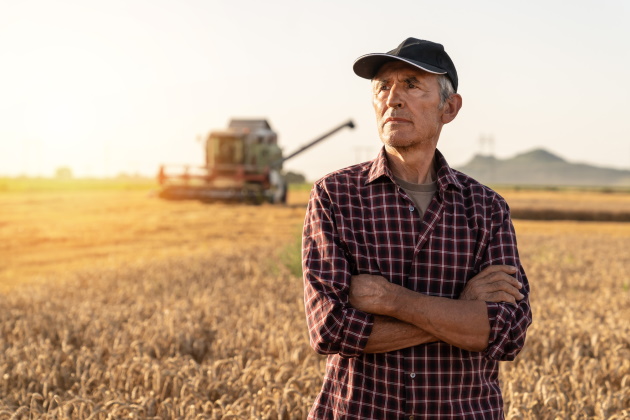 Politicians, media professionals and lawyers could learn a thing or two about brand management from their counterparts in the farming and agricultural industries. It turns out Americans have the most favorable view of the profession, a recent Gallup poll shows. It's the first time those working the fields and farms have received such high marks in more than two decades of Gallup conducting a poll that registers Americans’ views of various business and industry sectors.

In its survey of Americans' views of business and industry, Gallup reports that 69% of respondents said they have a favorable opinion of farming and agriculture.

Next on the list are the grocery (63%), restaurant (61%), and IT (56%) industries. Surprisingly, given COVID-19 and the industrial response to it this year, healthcare professionals are not closer to the top of the list. However, the sector did experience a massive increase, 13 points, marking the first time it received approval higher than 50%.

Retail, gas and electric, and healthcare were the only other sectors with approval over 50%.

Alas, those working in the federal government and sports were lowest on the list with approval just north of 30%. Advertising and public relations, the pharmaceutical industry, and the legal field were the next lowest on the list.

"Every type of business and industry has been affected in some way by the coronavirus pandemic, including the economic challenges of reduced consumer demand; the financial expense of implementing increased health and safety measures; and the significant disruption that has occurred to supply chains for many products," Gallup wrote.

Farming and agriculture improved 11% from the year before, beating out 25 other business and industry sectors, including the retail, internet, and travel industries. The sports industry fell 15% points from last year, now 23rd out of 25 industries.

The United States has more than 2 million hectares of organic agricultural land as of 2017. It is the largest market for organic food worldwide. In 2016, the number of certified organic farms in the United States reached 14,185, up from about 12,800 farms in 2015.

Farming, one of the world’s oldest occupations, perseveres despite a pandemic, catastrophic weather and economic woes, and these professionals know the entire population counts on them. Given the challenges of 2020, consumers now recognize the importance of the food supply chain for their well-being.

This Gallup poll seems to show that.