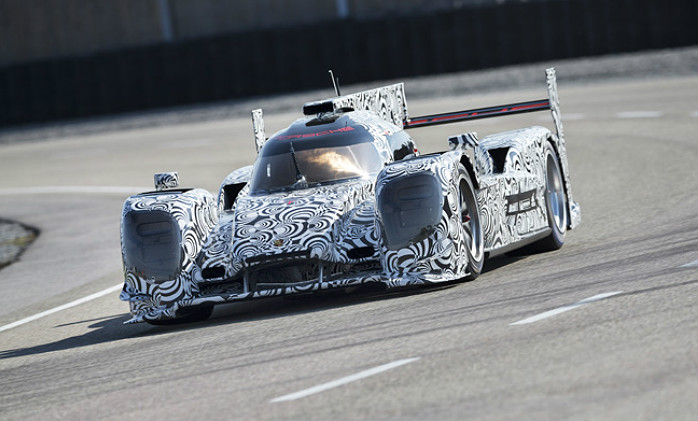 The LMP1 race car will compete at Le Mans as well as in the WEC, and it should be a fast race car.

The 2013 endurance racing season is coming to an end, and Porsche racing fans have seen some great racing action. Among this season’s highlights: The new 991-based Porsche 911 RSR made a successful debut at the World Endurance Championship, and the German performance car maker came away with a victory in both GT classes at the 24 Hours of Le Mans.

As great as the 2013 season has been, it is hard not to think about just how exciting things will be in 2014. Next year will see Porsche return to the top level of competition at the 24 Hours of Le Mans. We have seen glimpses of the LMP1 car that will compete at Le Mans as well as in the WEC, and it should be a fast race car.

Porsche will be trying to knock Audi off its pedestal and return to victory at the famed 24-hour race. Both companies are owned by Volkswagen, so it setups a good in-house fight between the German car makers. Both will also try to keep Toyota from sneaking in for a win as the Japanese race cars came much closer to Audi and gave them more competition than they expected.

The car is just part of what leads to success at Le Mans. The drivers are also critical to getting the winning edge, and the Porsche works drivers that will be racing in the LMP1 car should have a good chance at victory.

The drivers that have been announced to drive the LMP1 race car are Mark Webber, Neel Jani, Timo Bernhard and Romain Dumas. That is a pretty good lineup and should help put the team in a good position to win.

The return to the top level of competition at Le Mans will be the headline for the year, but there is another big racing story that will develop next year. If you follow endurance racing, then you probably already know that the American Le Mans Series (ALMS) and Grand-Am Rolex Sports Car Series will be merging and form United Sportscar Racing. The merger is big, but Porsche also recently announced that they will be fielding two factory-backed race cars in the new series.

The drivers haven't yet been named for the factory-backed cars, but expect to see some familiar names like Marc Lieb and Patrick Pilet when they are announced. The new merged series will also have some great race tracks, including Daytona. This is great for ALMS racing fans as the 24 Hours of Daytona will be part of the United Sportscar Racing Schedule (previously it was only part of the Grand-Am Rolex Sports Car Series).

With the return to Le Mans and the factory-backed cars racing in the new United Sportscar Racing series, next year looks like it could be one of the best in recent history for Porsche racing fans.

Will Porsche surpass Audi at Le Mans in 2014?